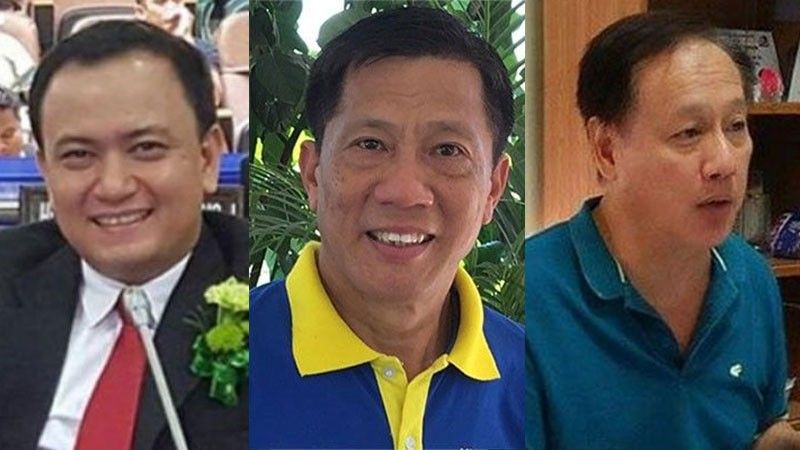 WHAT HAPPENED, BRIEFLY. [1] The Cebu City Council approved Wednesday, July 28, on third and final reading the P4.4-billion Supplemental Budget 1 for this year by a vote of 8-6.

[2] Main objections of the minority Bando Osmeña Pundok Kauswagan (BOPK), as expressed by Minority Floor Leader Nestor Archival, were these: (a) there were still unresolved issues related to some items in SB 1, which was proposed by Mayor Edgardo Labella before his medical leave, and (b) the Sanggunian, "out of respect" to Acting Mayor Michael Rama, should give him the chance to examine it.

[3] Big-ticket appropriations in SB 1 included (a) one billion pesos for the completion of the new building of Cebu City Medical Center (CCMC), raising its total cost to P2.8 billion, and (b) P1.2 billion balance on the City Government's P4.65 billion 1995 loan from Jica (Japan International Cooperation Agency) to develop the South Road Properties.

HOW BOPK WAS DONE IN. As expected, since the administration's Partido Barug dominates the Sanggunian -- 10 against 8, with the presiding officer, a Barug stalwart, to break the tie -- it was sure to pass SB1, however unpalatable it may be to some BOPK councilors.

They have the vote, the most likely reason that Majority Floor Leader Garcia generally did not respond to the various charges on the manner of tackling SB1 and the previous money ordinances the Sanggunian had passed.

When the heat went up as at least four BOPK councilors took turns in lambasting the alleged raw deal they've been getting from the executive department, Councilor Garcia pressed for the division of the house. It was the easier way to end the "noise" of griping and get what the majority wants.

The other strategy for SB 1 to pass was to mix disputed or objectionable appropriations with those acceptable or even desired by the minority and the public. Like mixing the CCMC additional one billion pesos outlay and the P280 million for quick response to Covid-19, controversial items, with the appropriation for hiring 200 more nurses and the unpaid salary of 10 job-order nurses -- items the minority could not vote against. Put the questionable and the laudable in one budget and the package becomes less unattractive.

OUTPOURING OF COMPLAINTS. Even as Councilor Archival barely started to talk about what needed to be done before approving SB 1, Councilor Anthony James Cuenco of Barug cut in to move for a return to the "previous question," meaning to vote on Councilor Garcia's motion for approval.

Those familiar with how the legislature works see Cuenco's move as display of the so-called tyranny of the majority: end the talk and we kill you in the vote. Anyone in the majority could do it but it didn't seem fair and just or democratic to those watching from the gallery or on their phone.

That touched raw nerve among the minority councilors and set off an outpouring of complaints and woes, including:

[1] Councilor Joy Young who cried out, "Let's not politicize this! Divide the house dayon..." He deplored that they were dressed like gentlemen but were not doing their job ("Hambugero ta, mag-barong o mag-amerikana apan wa nato buhata atong trabaho.")

[2] Councilors Archival and Gabuya lamented that they were not getting the information the City Council asked for as a body and they needed time to vote wisely on the appropriations: "Why the hurry? Ngano man gyud?" One councilor mumbled or fell short of saying, "Duna mo'y inyo ini?" Gabuya asked why the executive always asks for lump sums, repeating the phrase like "lump sum, lump sum."

On the failure to get help from the executive department, Young said, "We ask for liquidation, dili ta tagdon. We ask them to appear here, they don't show up. We approve billions and there's no accounting." He said that for the past two years or so, they've not given the City Council the respect the body deserves. Gabuya pointed out that Sanggunian asked for critical information, such as the list of un-accomplished projects for which the Sanggunian had appropriated money in 2019 and 2020.

[3] Councilor Alvin Dizon said he wished the majority would listen to the minority. "All that the minority wishes is to be able to vote wisely on money measures. Why are we not given the documents we ask for? Is this intentional?"

[4] Councilor Gabuya told his colleagues that with the passage of SB1, the City Government would've consumed all the proceeds of the sale of SRP lots, about P16 billion. Then mayor Tomas Osmeña had fought fiercely, resorting to lawsuits, for the rival administration not to touch the money.

BUDGET HEARINGS. Councilor Garcia said hearings on SB1 hearings were held and "every councilor was invited." His point was that the councilors who didn't attend the budget hearings could not raise questions on third reading.

Neither Garcia nor Archival, whom the majority floor leader accused of not attending all the hearings, cited the House rule for the basis of argument. Acting VM Hontiveros also did not shed light on what can be taken up during the final reading and what a discussion could dwell on before the vote.

Accusations, comments and requests from the minority were simply ignored as the majority pressed for the dividing vote and got it.

It was a Babel of sort with one side talking of one topic and the other side, of another thing. Issues remained hanging, not joined.