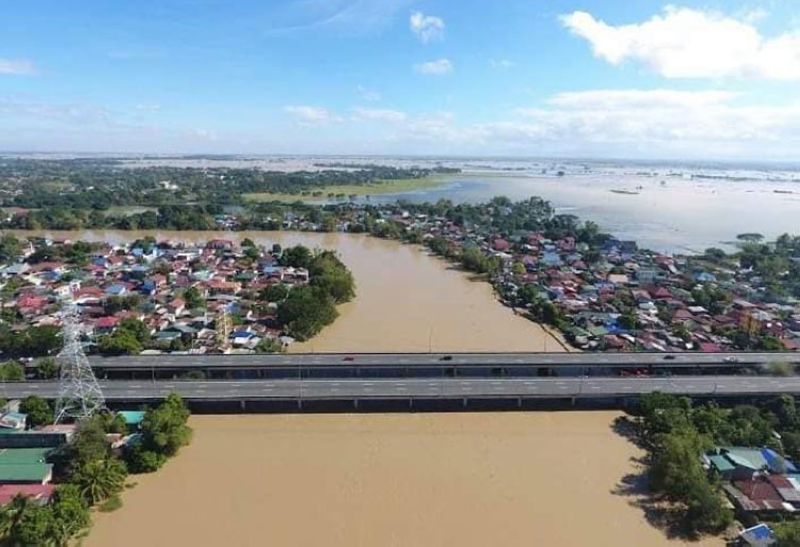 SWOLLEN RIVER. An estimated P118.28 million damage in agriculture was reported in the province, as several towns and cities remain flooded due to swollen rivers and the southwest monsoon enhanced by Typhoon Fabian. (Apalit LGU)

DAMAGE from flooding brought by incessant rains of the southwest monsoon have resulted in an increase in the damage to Pampanga’s agriculture sector, which is now pegged at a total of P118,280,981, as 96 barangays in 10 local government units remain flooded.

Reports from the Office of the Provincial Agriculturist show that the province had incurred damage of P69,087,435 on its palay production for the current wet cropping season.

Magalang town has the lowest reported damage to its rice production at P106,665 as of Thursday, July 29.

Total damage to the palay sector in the province is currently at P69,087,435 with figures expected to rise as more reports come in from other flooded towns.

Latest reports from the Pampanga Risk Reduction and Management Office said that 96 barangays in Pampanga are still flooded due to the monsoon rains and water draining from upstream areas. Some 25 barangays in Masantol town remain flooded along with 21 barangays in Macabebe and 15 barangays of Lubao.

Some 347 families are currently housed in 30 evacuation centers in six local government units. The flooding had affected some 48,768 families or 211,359 individuals all over Pampanga.