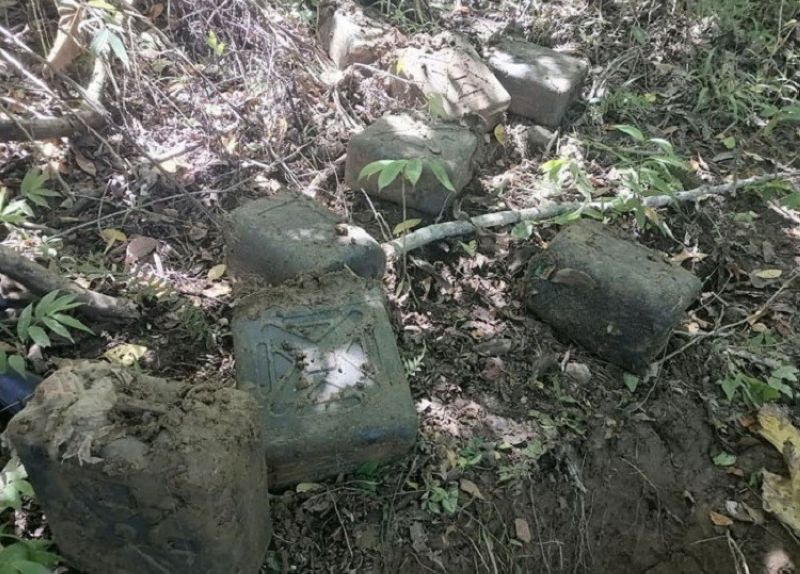 GOVERNMENT troops, with information from concerned citizens, have unearthed a hidden rice supply of the communist New people’s Army (NPA) terrorists in the hinterlands of Zamboanga del Sur.

The rice supply buried in a remote area of Salvador village, Dumingag, Zamboanga del Sur was unearthed by troops of the 53rd Infantry Battalion (IB) and 1st Civil-Military Operation Battalion (1CMOBn) through an information revealed by the community on Sunday, July 25.

Lieutenant Colonel Jo-ar Herrera, commander of the 53IB, said the community and the troops successfully recovered eight gallons of the buried rice supplies after the information was disclosed by a certain Renato Panilagan, who discovered the food supplies while he was hunting for wild boars.

Earlier, the 53IB and 1CMOBn personnel joined hands with the community of Salvador, Dumingag to repair the main road of the village.

The troopers participated in the road repair in Purok 1 of Salvador village together with Barangay Council’s Committee on Peace and Order headed by Rolly Jemino.

The activity aimed to maintain the integrity of the village road, which was destroyed during the previous landslide. (SunStar Zamboanga)