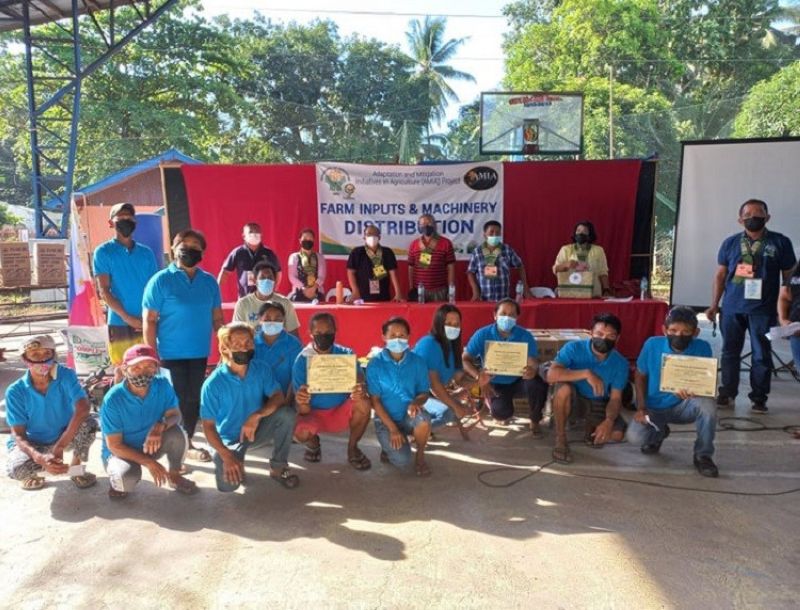 ZAMBOANGA. The Department of Agriculture (DA) distributes some P1.4 million worth of farm machinery and inputs to four associations of farmers and irrigators Tuesday, July 27, in Don Jose Aguirre village, Manukan, Zamboanga del Norte. Rad Donn Cedeño, DA regional executive director (third from left, backrow), together with other DA officials leads the distribution of the machinery and inputs to the intended recipients. (SunStar Zamboanga)

THE Department of Agriculture (DA) announced that four associations of farmers and irrigators in Manukan, Zamboanga del Norte received some P1.4 million worth of farm machinery and inputs from the agency.

“We give honor to our farmers, our heroes who toil the land and produce food despite the pandemic. It is but right to support and prioritize their needs for livelihood and agricultural production,” Cedeño said.

“Let us bear in mind that we are given inputs by DA. In return, let us show them our output,” Caballero said.