Editorial: Are we in Delta state? 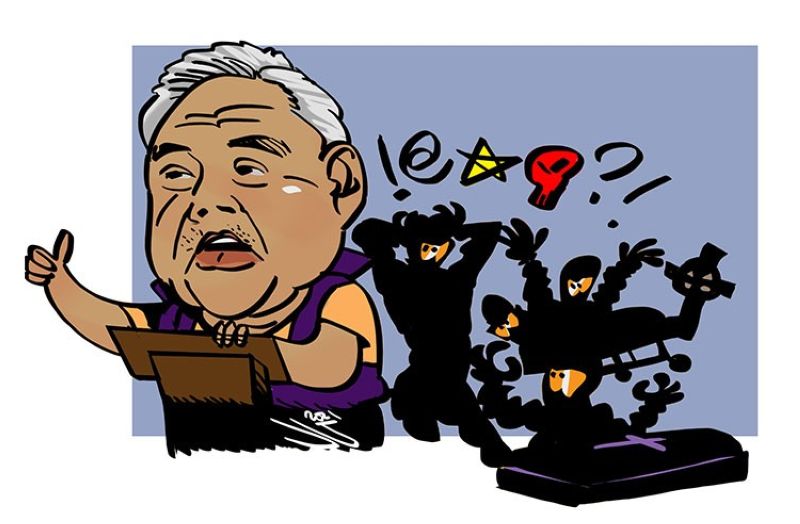 YOU can’t blame anyone throwing a question at Department of Health (DOH) Central Visayas Director Jaime Bernadas that there could be underreporting of Covid-19 cases in the region. But here’s how Bernadas replied to the question: “Underreporting? That’s unfair. Our LGUs (local government units) are active in surveillance and contact tracing. We report all that is submitted sa tests. There is no underreporting.”

The regional director loves to mouth assurances that the region’s Covid-19 beds are way below alarming occupancies. Government hospitals, he said, have designated over 30 percent of their beds for Covid cases while private hospitals have complied with the mandatory 20 percent allocation.

“They are expanding more because of the surge so we are continuously deploying our nurses to private hospitals. We are continuously hiring nurses now,” he added. Well, here’s not to be too gullible to Bernadas’ assurance. For one, his words come in the wake of reports of resignations in government hospitals over delayed salaries, overwork, understaffing, and poor working conditions, among others. And yet he speaks of hiring as though it’s an invitation to a Jeff Bezos space flight.

For all we know, the optimistic figures Bernadas uses in his assurances cover an entire region where there is apparently a disconnect in terms of the scale of need among areas. Isolate the count per city, per province, the good doctor should probably be more transparent.

The DOH assured that of the 840 Covid ward beds in all the infirmaries, from primary up to tertiary hospitals, only 441 are occupied. Of the 1,701 isolation beds in the region, 986 are now in use. Of the 162 intensive care units in the region, 91 are occupied. The public is led to believe that we haven’t reached critical levels yet in the current state of our health care system.

The July 27 records of the Inter-Agency Task Force (IATF) for the Management of Emerging Infectious Diseases showed 530 Covid admissions in private hospitals. Over a third, 203 or 38.3 percent, indicated a Cebu Province address, while 183 or 34.5 percent are Cebu City residents.

Still, we are in the safe zone, the DOH assures. Except that our officials don’t even flinch the slightest at the revelation that we have detected 32 Delta variant cases in Cebu, and worse, the specimen samples of these cases were extracted, by health emergency standards, centuries ago, betweeen July 4 to 10, 2021. In a talk with journalists Thursday, July 29, 2021, Bernadas shares his hunch that our Delta cases are local transmissions.

Last July 24, 2021, a 28-year-old call center agent died gasping for air in the confines of a queueing ambulance in one of the private hospitals. She could not be admitted to any hospital despite her positive swab test result, so she had to be isolated in a hotel until the symptoms turned irreversible ominous.

We heard it right from Dr. Peter Mancao, deputy task force leader of Cebu City’s vaccine rollout, that three major private hospitals in Cebu City are “full to the brim,” attributing it to bed shortage and understaffing. Ambulance service providers, he said, have stopped taking calls. On ground, just look at the line of ambulances outside of emergency rooms with Covid patients waiting for care while their lungs shrink to atrophy.

A funeral establishment is begging hospitals to ramp up their storage facilities, as they are in full capacity, while last we heard burial sites are running out of space.

So things don’t look good. Everyone can at least be real about that, especially public officials, so the citizens can appreciate the gravity of danger, act accordingly and cooperate.