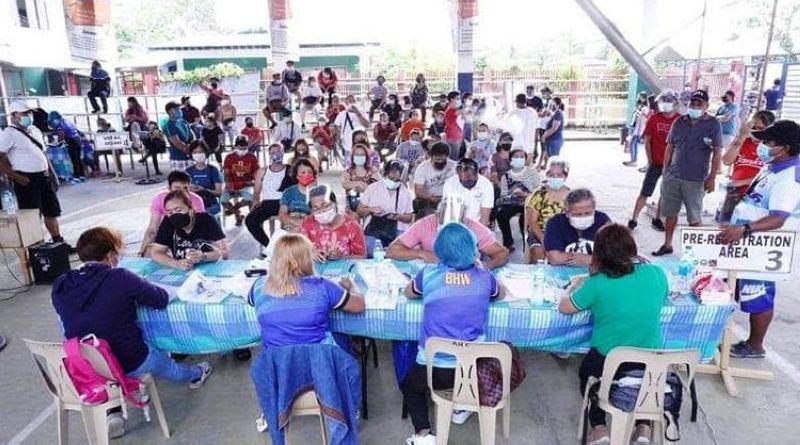 BACOLOD. The local labor sector slammed the "don't go out" order of President Rodrigo Duterte for those unvaccinated individuals, saying it is authoritarian, arbitrary and unconstitutional. (Bacolod City PIO)

THE General Alliance of Workers Associations (Gawa) has slammed the "don't go out" order of President Rodrigo Duterte for those who have not received coronavirus disease (Covid-19) vaccines.

Its secretary general, Wennie Sancho, said the order to restrict the movement of unvaccinated people, particularly workers, is somewhat authoritarian, arbitrary and unconstitutional.

Sancho, also the labor representative of the Regional Tripartite Wages and Productivity Board (RTWPB) in Western Visayas, said this "don't go out" scheme, if implemented, will paralyze the economy and will rapidly expand the burgeoning problem of unemployment.

"If majority of the population are unvaccinated, it is not their fault, it is the mismanagement of the government in handling the pandemic and they could not face the fact that our supply of vaccines is insufficient to meet the needs of our population," he added.

In his pre-recorded public address late Wednesday, July 28, Duterte ordered the police and barangay officials to not let unvaccinated people go around the streets.

The President ordered to escort these "walking spreaders" home and not let them out amid reports of a surge of Covid-19 cases in different parts of the country and the prevailing threat of the dreaded Delta variant.

But for the local labor sector, this is an impractical order that will decimate the working class which is the social and primary economic force that keeps the wheels of the industry running.

This will also violate their right to travel, Sancho said, adding that any person have the right to go where he pleases without interference from any source except upon lawful order of the court.

The Gawa official pointed out that millions of workers are still unvaccinated due to lack of vaccines.

It lamented that if these workers will not be allowed to go out and work because of this order, our economy will collapse.

The labor group asked if transportation will be put to a halt, because majority of our jeepney, taxi and bus drivers would not be allowed to work, can you imagine the chaos and confusion it would bring?

"If there are no truck drivers that would deliver our cargos, what will happ en to our commerce and industry," it added.

Sancho said erratic and impulsive decision-making could lead to disastrous consequences let alone the devastation of the economy by the pandemic reducing the purchasing power of the workers to starvation wages.

"We condemn this order as it would wreck havoc in our society especially to the masses," he added.