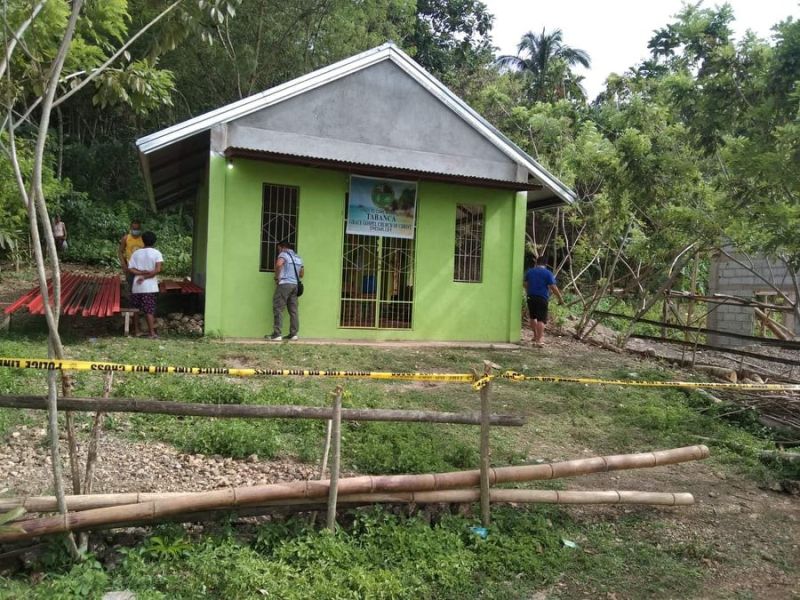 KABANKALAN SHOOTING. A pastor was shot inside the Grace Baptist Church in Barangay Tan-awan, Kabankalan City on July 28, 2021. (Nocppo photo)

The victim was identified by the Kabankalan Police Station as Abner Navarro, married, a resident of So. Tabangka, Barangay Tan-awan, Kabankalan City and pastor of Grace Baptist Church of the said barangay.

The suspects were identified as Alias Totong Andana, 22; and Alias Nonoy Andana, 18, both of the same barangay.

The wife of the pastor, Elda Navarro, reported to Kabankalan City Police Station that her husband was shot by the suspects inside the Grace Baptist Church.

The victim was with his brother-in-law when they noticed the ray of flashlight pointing inside the church. That victim immediately stood up to check who was holding the flashlight but he was suddenly shot by the suspects.

The pastor's brother-in-law identified as Silas Bokingkito personally saw and positively identified the two suspects who immediately escaped while the victim was rushed to Lorenzo Zayco District Hospital.

The victim sustained a gunshot wound on the left portion of his body but is now in a stable condition.

Based on the police investigation, robbery could be the motive behind the incident.