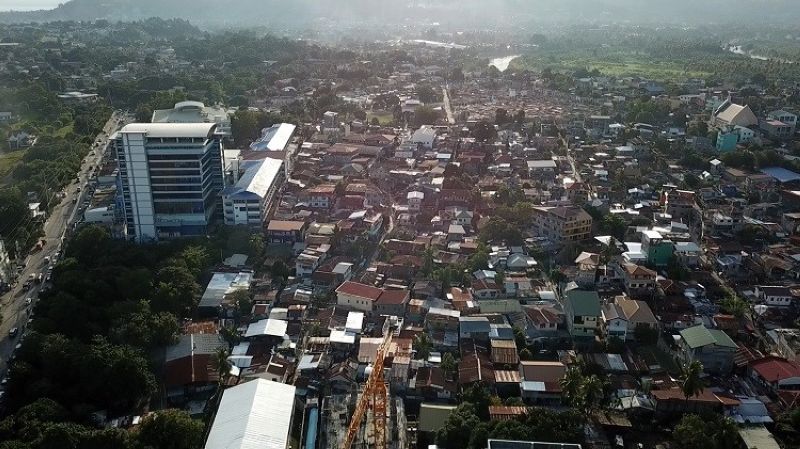 AMID the recent detection of the highly infectious Delta variant (B.1.617.2) of the Covid-19, the entire Davao Region will now be under general community quarantine (GCQ), but some areas will be placed under heightened restrictions beginning August 1, 2021.

This after President Rodrigo Duterte approved the recommendation of the Inter-Agency Task Force (IATF) on Thursday, July 29.

Davao City, Davao del Norte, Davao de Oro, and Davao Occidental will be under GCQ with heightened restrictions until August 15.

Davao Oriental and Davao del Sur will be under GCQ with no restrictions until the end of the month.

This came just days after the IATF updated the region's quarantine classification.

On July 23, the entire region, except Davao Occidental, was placed under GCQ with some areas being placed under heightened restrictions while others none.

Davao Occidental during that period was the lone province in the region that remained under modified enhanced community quarantine (MECQ).

However, previously, the entire region was placed under MECQ on July 1 due to the rising Covid-19 cases.

Presidential Spokesperson Harry Roque, however, said the above-mentioned classifications are subject to the appeals of the local government units (LGUs).

The updated quarantine status came days after the Department of Health-Davao Region (DOH-Davao) confirmed on Sunday evening, July 25, that the two Delta variant-infected specimens were from Tagum City in Davao del Norte and Davao City. Both patients, however, were already tagged as recovered.

Davao City Mayor Sara Duterte-Carpio and Tagum City Health Office Chief Dr. Arnel Florendo both said in previous reports that the recent detection of the highly transmissible variant is no cause for their LGUs to step up to a higher quarantine restriction.

As of July 25, DOH-Davao said a total of 79 variants of concern were detected in the region.

To date, a total of 1,893 total samples from the Davao Region were already sent to the University of the Philippines–Philippine Genome Center for whole-genome sequencing.

“The DOH reiterates to all LGUs the need to strengthen the quarantine protocols, testing, and isolation,” DOH said.

Duterte said during his final State of the Nation Address on Monday, July 26, 2021, that the country might again go into lockdown if the more aggressive Delta variant of Sars-CoV-2 spreads further.

"I hope it will not go any further, but if something wrong happens, I'll have to be strict," the President said

Despite calls for a hard lockdown to arrest the ongoing surge in Metro Manila, Duterte approved the recommendation of the IATF to keep Metro Manila under GCQ with heightened restrictions until August 15.

The Octa Research group also pushed to place Manila under a two-week lockdown due to the surge in cases there.

Indoor sports courts and venues, indoor tourist attractions, venues for meetings, conferences, and exhibitions are still not allowed in areas under GCQ with heightened restrictions.

For personal care services such as salons, parlors, beauty clinics, they are allowed to cater up to 30 percent capacity. They may add 10 percent if the area is granted with the Safety Seal.

Outdoor tourist attractions are allowed to cater up to 30 percent capacity provided that minimum public health standards are strictly followed.

Staycations and other Department of Tourism (DOT)-accredited accommodations are allowed without age restrictions, provided that MPHS are adhered to. Staycation hotels with Certificate of Authority to Operate will be allowed up to 100 percent venue capacity, while other DOT-accredited accommodation establishments are allowed up to 30 percent area capacity with the local government oversight.

Religious activities are allowed up to 10 percent capacity but may add up to 30 percent depending on the local government.