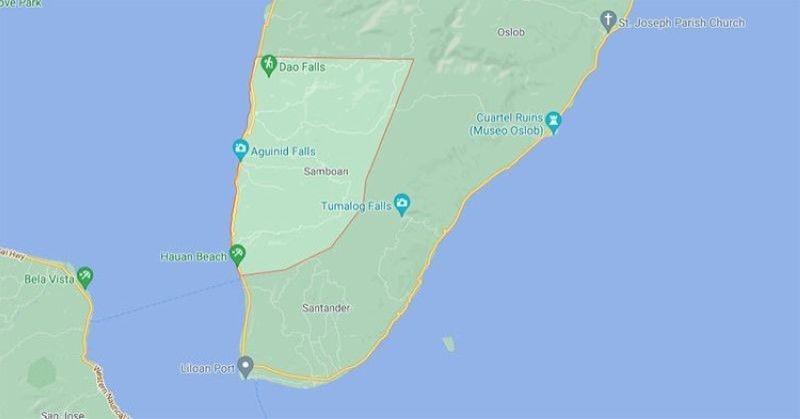 CEBU Gov. Gwendolyn Garcia has lifted the lockdown being imposed in Samboan town even though health officials disclosed that two Covid-19 cases there are carriers of the highly contagious Delta variant.

Garcia made the decision after she secured the commitment of Cebu mayors to agree to no longer impose lockdown measures in their local government units (LGUs).

The governor met with Cebu’s mayors after President Rodrigo Duterte approved the recommendation of the Inter-Agency Task Force (IATF) for the Management of Emerging Infectious Diseases to place Mandaue City and Lapu-Lapu City under a 15-day modified enhanced community quarantine (MECQ) starting on Aug. 1, 2021.

Garcia met with the mayors and other officials at the Capitol on Thursday, July 29, to discuss what steps they must take following Duterte’s announcement.

In a press conference, Garcia said she was surprised that the local government unit of Samboan implemented a town-wide lockdown.

She said Samboan’s decision had no concurrence from the Regional IATF, adding: “No LGU shall declare its own community quarantine so that was agreed by all mayors in all municipalities and all six component cities. You can do some granular lockdown but not the entire LGU.”

During her meeting with the mayors on Thursday, Garcia said they all agreed to follow a “One Cebu policy” when it comes to dealing with the pandemic. This means that Cebu Province will have a unified move in formulating policies.

In a separate interview, DOH 7 Director Dr. Jaime Bernadas admitted that he doesn’t agree with the decision of the IATF to place Mandaue and Lapu-Lapu under MECQ “on the reason that we should be considered as one health system because the occupancy rate of one city will not be considered for the city alone, because all the hospitals are sharing the resources and referring to each other.”

The cities of Mandaue and Lapu-Lapu have appealed to the IATF to reconsider its decision placing the two highly urbanized local government units under MECQ.

Mandaue City Mayor Jonas Cortes, in his letter dated July 28, wants the IATF to reconsider its decision for these following reasons:

The City has implemented measures to slow down the spread of Covid-19 such as the reimplementation of the liquor ban, longer curfew and restrictions on mass gatherings; and The hospital beds dedicated to Covid-19 patients that are in use are at moderate levels.

Under MECQ, the public movement, transportation and the industries allowed to operate are limited.

With the city’s new quarantine status, the workers going to Cebu City could be affected if public transportation is limited.

Individuals from Consolacion, Liloan and other towns in northern Cebu who are employed in Cebu City-based companies have to pass through Mandaue City before reaching Cebu City.

As for Lapu-Lapu City Mayor Junard “Ahong” Chan, he also sent his appeal on July 28.

Some of the reasons that Chan wants the IATF to consider are the following:

The city did not have the most number of active cases. On July 28, the city had 1,021 active cases; Lapu-Lapu City should not be placed in a separate quarantine classification with its neighbors because the movement of the city residents working in other areas and residents from other areas working in the city would be affected; and The city’s vaccination efforts are in full swing. More than 65,000 Oponganons have been inoculated in the city, and 16,501 persons were vaccinated in the past three days.