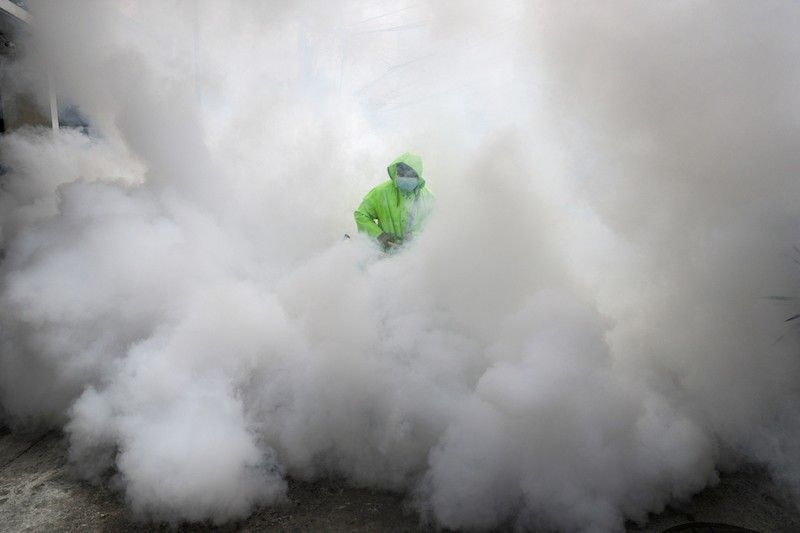 MANILA. A worker wearing a protective suit disinfects a village as a precaution against the spread of the coronavirus in Manila. (File)

(UPDATED) Two cases in Cordova, Cebu were among the eight deaths from coronavirus disease 2019 (Covid-19) caused by the Delta variant.

The others were one each from San Nicolas, Ilocos Norte; Balanga, Bataan; Pandan, Antique; and Pandacan, Manila. Two other mortalities were returning overseas Filipinos (ROF).

Five were male, 27 to 78 years old, according to Department of Health (DOH) Undersecretary Maria Rosario Vergeire.

She said three of the mortalities were not vaccinated. They were still getting details about the five other mortalities.

As of July 29, the University of the Philippines Philippine Genome Center has detected 216 cases with the Delta variant, with eight deaths.

This variant, which first emerged in India, is the most infectious among the Sars-CoV-2 variants of concern as it carries mutations that allow it to break into the human immune system, efficiently attach itself to the human host cells and multiply swiftly.

The original strain of Sars-CoV-2 could infect one person while the Alpha variant, which was first detected in the United Kingdom, can infect four or five people. The Delta variant can infect up to eight other people, even with just a fleeting contact.

The Delta variant has caused near vertical epidemic curves and spikes in hospital admissions in over 90 countries.

The UP-PGC reported the first local cases with the Delta variant on July 16. Six days later, on July 22, the DOH confirmed local transmission, a situation wherein a local case infects and causes another local case.

As of July 25, the UP-PGC has conducted whole genome sequencing on 9,351 samples, which constitute 0.6 percent of the 1,548,755 confirmed Covid-19 cases in the country. (Marites Villamor-Ilano / SunStar Philippines)