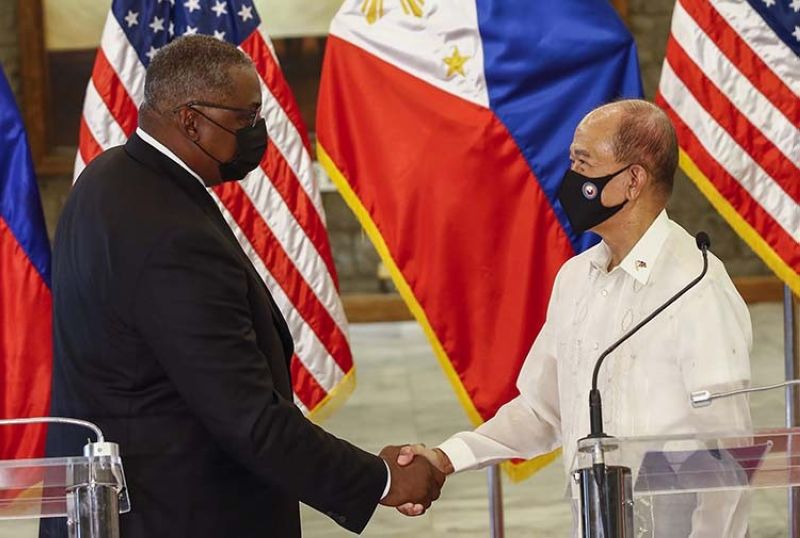 PRESIDENT Rodrigo Duterte has ordered the recall of the abrogation of the Visiting Forces Agreement (VFA) between the Philippines and United States, Defense Secretary Delfin Lorenzana said on Friday, July 30, 2021.

In a press conference with US Secretary of Defense Lloyd Austin III, Lorenzana said Duterte retracted the letter sent by the Department of Foreign Affairs (DFA) to the US about the Philippines’ intent to terminate the VFA.

This developed after Duterte met with Austin on Thursday, July 29, 2021.

“That letter has been retracted as if nothing happened and the VFA will continue,” Lorenzana said.

“I don't know the reason behind the President's decision. I am not privy to the decision making. The DFA has been working for this to happen. Maybe the President was just convinced so he decided to continue with the VFA," he added.

Duterte had ordered the unilateral abrogation of the VFA in February 2020, following the revocation of the US visa of Senator Ronald dela Rosa, former chief of the Philippine National Police (PNP) who spearheaded the country’s drug war.

However, due to the coronavirus disease 2019 pandemic and the emerging threats in the West Philippine Sea, Duterte ordered the suspension of VFA termination thrice.

The VFA allows American and Filipino soldiers to conduct joint training in the country to enhance their capabilities.

Austin said his visit aims to reaffirm US security commitment to the Philippines.

In a statement, Malacañang said the Philippines and the United States renewed their commitment to strengthen their partnership in various areas of mutual interest following Austin’s visit.

“They agreed that the alliance can be further strengthened through enhanced communication and greater cooperation, particularly in the areas of pandemic response, combating transnational crimes, including the war on illegal drugs, maritime domain awareness, the rule of law, and trade and investments,” the Palace said. (SunStar Philippines)