Floods in San Simon villages seen to last until yearend 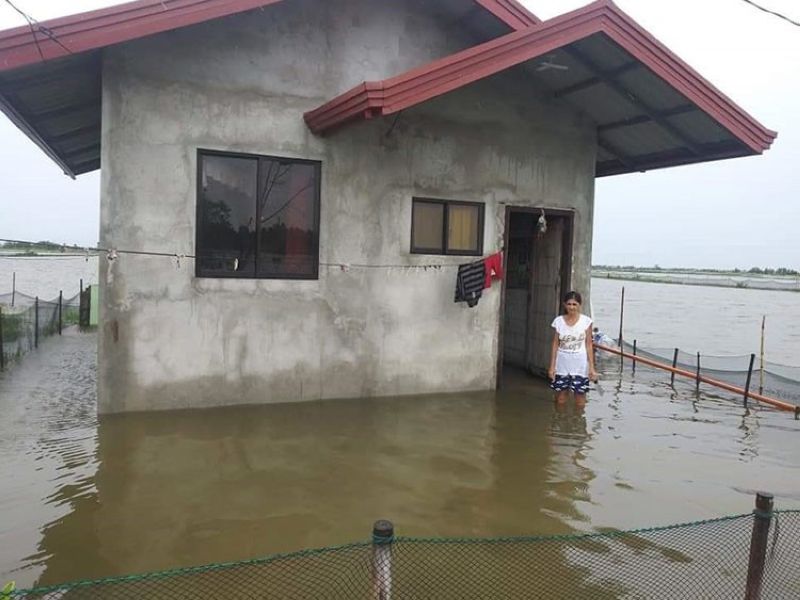 ISLAND HOUSE. A house in Barangay Sagrada, Masantol seems to have become like an island as it is surrounded by water that overflowed from the Pampanga River. (Contributed photo)

AS IF the ongoing Covid-19 pandemic is not enough, residents of two villages in San Simon have to endure yet another challenge, as floodwaters started to inundate their houses.

With just a typhoon and the monsoon rains affecting the province in the past week, the floodwaters in a portion of Barangay Sta. Monica in San Simon has already reached knee-deep level.

She said flooding in their area has started as early as June, but worsened due to continuous heavy rains brought about by Typhoon Fabian and the southwest monsoon.

Another resident, Janice Aguilar, expressed fear that her children may catch illnesses due to regularly wading the stagnant floodwater.

Just like the past few years, the residents said flooding is expected to rise up to waist-deep level if downpour of rain will be continuous.

Caballero, Aguilar and De Leon are just three of the some 50 families or 150 individuals residing in the said sitio and enduring the same situation.

The affected residents pleaded to concerned government officials and employees to rescue them from the worsening flooding condition in their area.

Based on Friday noon's (July 30) report of the Provincial Disaster Risk Reduction and Management Office, five -- including Barangay San Isidro and Sta. Monica which are both parallel to Quezon Road -- were experiencing flooding.

Major roads such as the CDCP junction and the San Simon-Baliwag road, and the municipal hall were also submerged in up to three feet of floodwaters as of July 30.