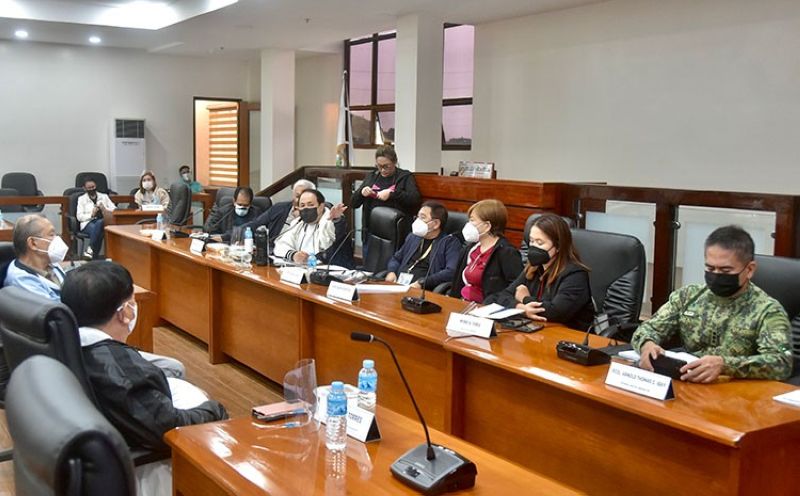 PAMPANGA Governor Dennis Pineda said Friday, July 30, that Capitol is issuing Executive Order 17 to curb the rising cases of Covid-19 in the province and to prevent the spread of the Delta variant.

In the announcement made through the Facebook page of the Pampanga Provincial Information Office, Pineda said there is an urgent need to impose heightened restrictions as Covid-19 cases have been noted by Capitol and concerned agencies to be on the uptrend.

Pineda stressed that cases right now are rising because of the Delta variant.

"But it is difficult to determine right now because testing for Delta variant is from 21 to 30 days. If we wait for the results, tapos na ang quarantine period ng nag-positive. Nagtataka tayo sa mga kasong dumadating sa probinsiya, bakit pamilya pamilya ang tinatamaan. Bakit pati mga bata age of 3, 8, 17 18 years old tinatamaan at nagkakaroon ng pneumonia. In the past, we did not encounter this," he said.

"Right now, with the average cases, mabigat na po para sa hospitals natin. We decided yesterday with all mayors of Pampanga, including mayors from Angeles City, San Fernando and Mabalacat, kailangan nating maghigpit sa probinsiya. You heard the announcement of Secretary Roque that NCR will be placed under ECQ starting August 6, which means people from Metro Manila, those who can, will start leaving because some neighboring provinces are under MGCQ. So we are coming out with an executive order covering the period August 2 to 15. Makikipag-unahan na po ako sa Metro Manila na maghihigpit," Pineda said.

Pampanga is currently under MGCQ with heightened restrictions.

Now, under Executive Order 17, the following are the restrictions: strict compliance to protocols, only 18-60 years old are allowed to go out, the rest must stay at home and avoid gatherings, and curfew is from 10 p.m. to 5 a.m.

"I wish to clarify that the curfew exempts workers and vendors na pwedeng lumabas at maghanapbuhay. The province cannot afford to be on ECQ dahil babagsak ang ekonomiya natin at mahihirapan ang mga pamilya natin," he said.

Social gatherings allowed like those in resorts, function hall, covered courts, among others, must have the necessary permits from mayors.

Residential gatherings are confined to family members only.

For wakes, two nights and three days only with 50 percent wake venue capacity and not during curfew hours, as requested by mayors.

Liquor ban will take effect from August 2 to 15.

'We can hurdle this'