Standhardinger wins it for Ginebra at the buzzer 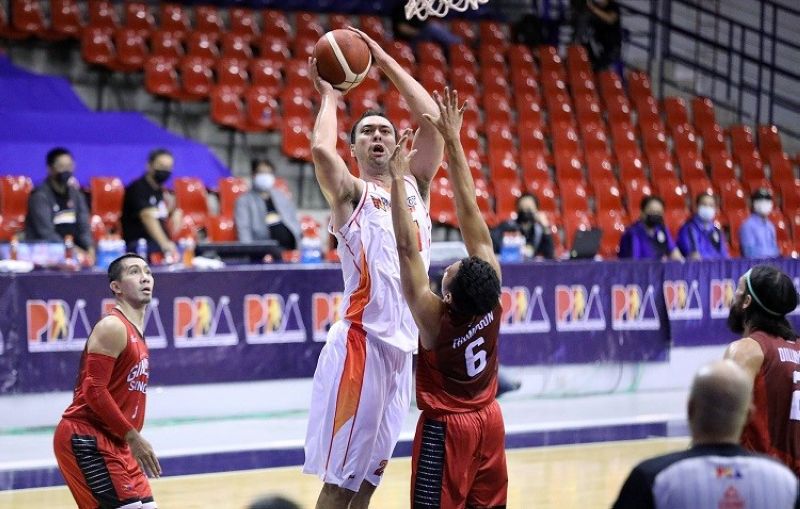 MANILA. Cebuano big man Greg Slaughter puts up a shot for Northport in their game against Ginebra on Friday night. (PBA)

CHRISTIAN Standhardinger made a short jumper just as time expired to give the Barangay Ginebra Kings a thrilling 87-85 win over the NorthPort Batang Pier in the PBA Philippine Cup on Friday evening, July 30, 2021, at the Ynares Arena in Pasig City.

NorthPort looked like it was going to come away with the win as rookie Jamie Malonzo found himself open in transition for a layup. However, Ginebra forward Japeth Aguilar hustled back and blocked Malonzo to give possession back to Ginebra.

On the other end of the floor, Stanley Pringle missed a layup, but fortunately, Standhardinger crashed the offensive board, regained the ball and put it up and in right before the final buzzer to give the Kings the close win. Ginebra now owns a 2-2 record.

Robert Bolick was the high-point man for NorthPort with 23 points while Greg Slaughter had 16 points and 14 rebounds. However, it was not enough to keep the Batang Pier from falling to 1-3. (JNP)