Sanya Lopez empathizes with her character in ‘Wish Ko Lang' 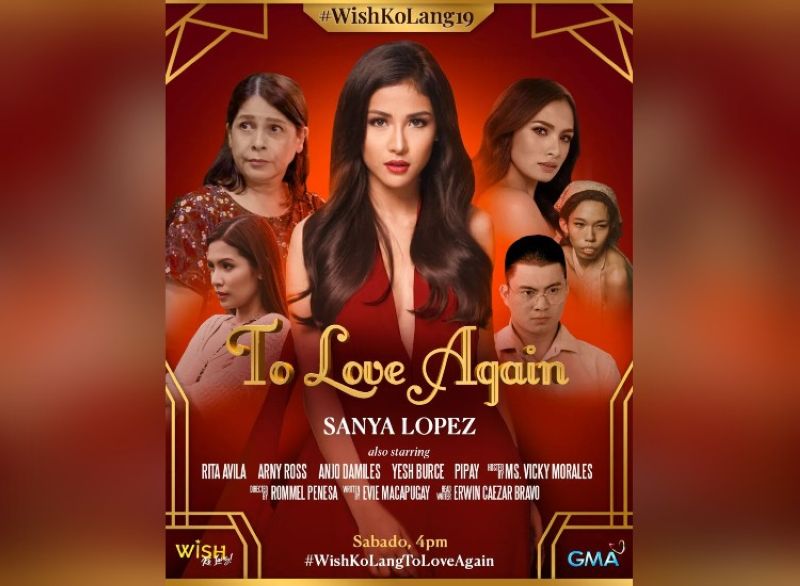 SANYA Lopez cannot imagine being in the shoes of her character in the next episode of Wish Ko Lang airing this Saturday, July 31, 2021, as part of the month-long 19th anniversary specials of the GMA Public Affairs program.

In the story “To Love Again,” the Kapuso actress plays the daughter of Rita. Rita’s character has Alzheimer's disease and Sanya will do everything for her—even if it means pretending to be back with her ex-husband, portrayed by Anjo Damiles.

Prior to Teresa's (Rita) sickness, the relationship of the married young couple Yasmin (Sanya) and Rex (Anjo) already ended because of Yasmin’s best friend Sophie (Arny). One of the most affected of the separation was Teresa, who has grown fond of her son-in-law.

Four years later, Rex has started a new life with Sophie. But they have yet to marry because Rex and Yasmin’s annulment is still ongoing.

One day, Yasmin returns to Rex’s life to seek his help. Her mother, now at death’s door because of her condition, is looking for Rex. She can only remember the memories of Yasmin and Rex living together happily.

Yasmin sees how Rex tries his best to make up for what he did in the past. Rex, on the other hand, realizes his mistake of letting go of a woman as great as Yasmin and gets attracted to his ex-wife again. Still doubtful, Yasmin is tempted to take revenge but eventually the couple rekindles their relationship.

Can the two really get another shot at love? But what about Sophie? What will she do when she finds out about Yasmin and Rex?

Catch “To Love Again,” the last installment to the month-long 19th anniversary specials of Wish Ko Lang with host Vicky Morales this Saturday, July 31 after Tadhana on GMA.