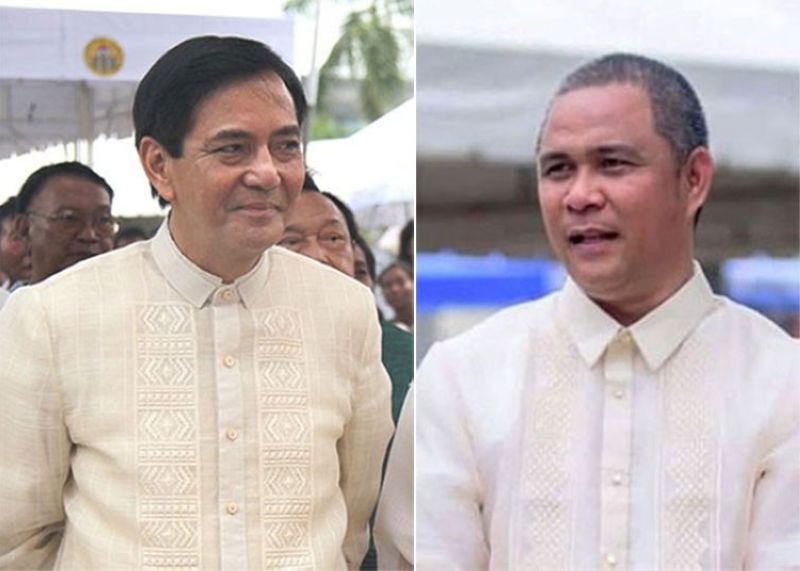 WHAT RAISED THE ISSUE. Minority Floor Leader Nestor Archival wanted in a proposed resolution, discussed in the City Council session Wednesday, July 28, to revoke the authority given by Mayor Edgardo Labella to City Administrator Floro Casas Jr. to sign checks and purchase orders and other official documents.

Earlier, in a special session held last July 23 to review the Commission on Audit (COA) report on Cebu City's 2020 transactions, Archival pounced on, among other findings, Casas's alleged violation of the law and government regulations.

Archival's resolution discussed last Wednesday sought to revoke the authority given to Casas under Resolution 15-0039-2019 dated July 9, 2019, or a week after the Labella administration assumed office.

Archival pointed out that the City now has two mayors, a situation created by Labella’s extended medical leave, with each mayor possessing the authority to sign. What if Casas (mayor two) would sign a fat check that Acting Mayor Rama (mayor one) wouldn't want signed? Wouldn't the city's treasury officials be confused?

INTERIM SOLUTION. The impasse was broken with a compromise reached by the councilors after Archival consulted Acting Mayor Rama on the phone and talked with his colleagues: namely, for the Sanggunian to request Rama to suspend the city administrator's authority to sign until Mayor Labella will report back to work.

It is up to the acting mayor to include a condition or exception in his memorandum order to Casas since the bank, Archival disclosed, honors only the signature of Labella or Casas.

The solution though is partial and temporary. It fails to tackle the objection of COA to the practice and complications on managing the City that cropped up during the City Council deliberation.

WHAT MAY STILL NEED TO BE DONE: [1] UNCLEAR LANGUAGE. Councilors asked the secretary to read the 2019 resolution giving Casas authority to sign papers but no one questioned what power it exactly gave. Does the resolution really grant "unlimited" authority or is the "unli" interpretation just implied from the absence of restriction or limit? The lapse could be unclear language of the resolution.

[2] COA'S RED FLAG. The resolution is clear about approving Mayor Labella "delegating the authority" to Casas. Why then is it called a mere ratification? Councilor James Anthony Cuenco said the City Council cannot or doesn't need to revoke the grant to Casas since the 2019 resolution merely ratified Labella's action.

The City Council has to clarify whether its approval is needed for the mayor to delegate authority to his city administrator to sign all those papers.

More significantly, the Sanggunian must not be complicit to "violations" of government regulations. The power given to Casas, COA says in its report, violated National Guidelines on Internal Control System and the Manual on Government Accounting and Auditing.

The mayor and the legislature failed to lay down the restrictions on Casas's authority to sign. Now that COA has red-flagged the violations, should the City Council not do its part in correcting the mistake?

[3] THE MATTER OF TWO MAYORS. Archival tagged the situation as a case of having two mayors at City Hall. Councilor Alvin Dizon called for Mayor Labella, as captain of the ship, to tell the people his true state of health, even as he said there must be only one fit captain to lead, especially during crisis. Majority Floor Leader Garcia seemed to agree with the description, if only to tackle the volume of documents to sign, which, he said, require two mayors to sign. The ton of papers to sign plus, as Casas earlier said, it's being done in all LGUs.

But not without restrictions, Councilor Franklyn Ong qualified. The Association of Barangay Councils chief said the mayor can authorize Casas to sign payrolls and other papers covering routine, day-to-day City Hall transactions but not, for example, disbursements involving millions of pesos. "We need to revisit of the (2019) resolution," he said.

RAMA'S CALL. Councilor Philip Zafra said it is up to Acting Mayor Rama to decide if he had "a problem" about Casas signing checks and other documents. Councilor Cuenco said there's no need to revoke Casas's authority since his delegated powers ceased with the absence of the mayor who delegated it.

If Rama would delegate the duty to sign to Casas, that would be his right. The requirement is trust, which the city administrator must have from his mayor. But the acting mayor may well heed the COA warning about the risks from too much authority being passed to an un-elected, albeit trusted, manager, and the agency's request for the local government to correct the violation. On top of that: the difficulty, COA says of determining liability. Could Labella be held accountable for millions of pesos disbursed in a document where only Casas's signature appears?

RESPECT FOR LABELLA. Have respect for Mayor Labella, Councilor Garcia asked the minority. "I respect the mayor, just as I respect the acting mayor," Archival retorted, promising to revoke the revocation upon the mayor's return.

The compromise resolution averted the feared shaming of the mayor or his administrator although the councilors, many of whom are veteran elected officials, must know that courtesy cannot overwhelm demand of good governance.