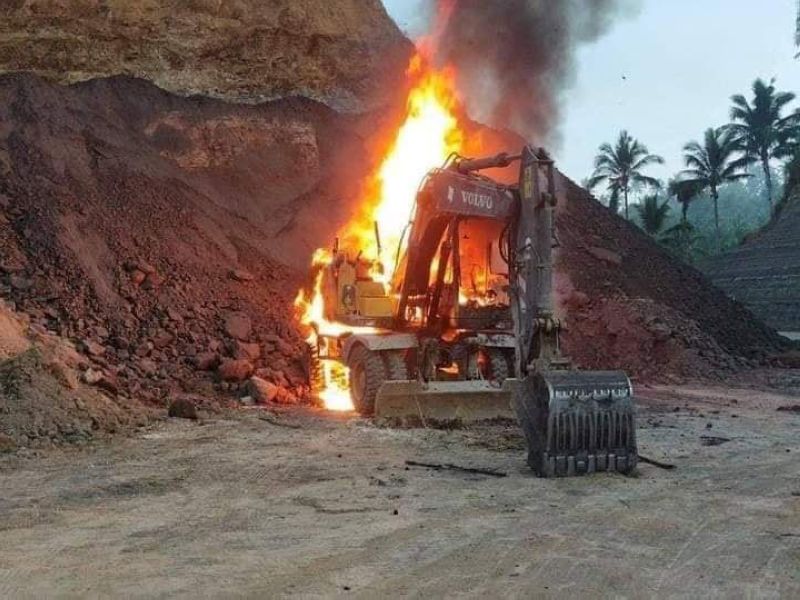 “This senseless act is a manifestation of the group’s unreasonable objection to the government’s move to improve the life of our communities at the countryside by providing greater access to government services and easier transportation of goods from and towards the market,” the provincial government said.

“We strongly denounce this atrocity which do not only result to waste of government resources, but unjustly sow fear among fellow Nortehanons who only wanted to live in peace, with their families and loved ones,” it added.

In a statement, the Provincial Government said that suspected rebels were behind the burning of 10 construction equipment.

“This terroristic action has derailed the completion of this vital road project that will connect the Eastern towns of Samar to the rest of the island and make the lives of the people in the area much easier,” said Major General Pio Q. Diñoso III, commander of the 8th Infantry Division based in Catbalogan City, Samar.

The road project that shall connect Northern Samar and Eastern Samar provinces is targeted to be finished this December 2021. (SunStar Philippines)