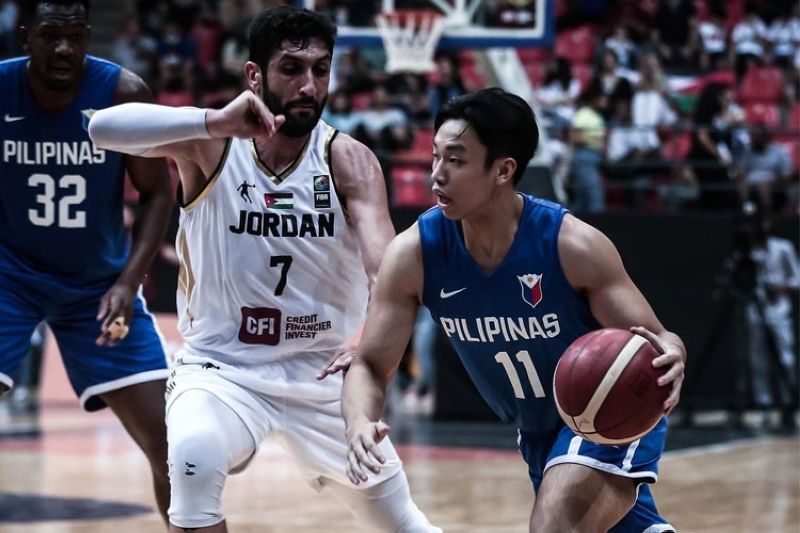 Gilas forward Justine Baltazar grabs a rebound in their game against Jordan-A in the King Abdullah Cup. (Jordan Basketball Federation)

The Gilas Pilipinas dropped their final game in the preliminary round of the King Abdullah Cup, as they lost to Jordan-A, 84-72, on Saturday at the Prince Hamza Hall in Amman.

Naturalized forward Cameron Forte proved to be a huge thorn on the side of Gilas as he helped thwart the Gilas’ comeback attempt in the final canto, scoring five straight points after the Filipinos pulled to within seven, 63-70, with 4:47 to go. Forte finished with 22 points along with 11 rebounds, two assists and two steals.

Ahmad Al Dwairi led Jordan-A with 23 points and nine boards as the host team grabbed the second seed heading to the semifinals with their 3-1 win-loss mark. They would once again face off against the Gilas, which got the third seed with their 2-2 card, on Sunday morning.

The Gilas, though, missed the usual stout production from naturalized player Ange Kouame and Dwight Ramos as the former had just five while the latter went scoreless. (JNP)