Exclusive lounge for OFWs set up in Clark airport 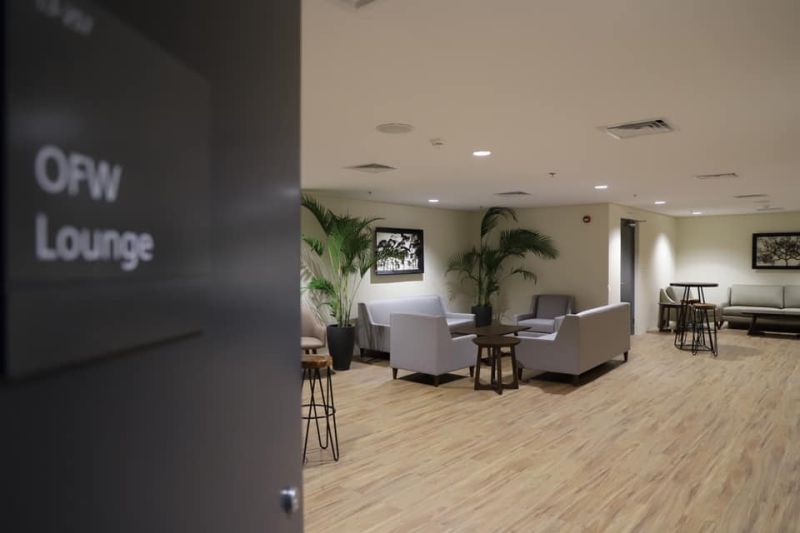 LOUNGE FOR OFWs. A peek at the OFW lounge at Clark airport. (Contributed photo)

THE Clark International Airport (CRK) has set up an exclusive lounge for overseas Filipino workers (OFWs) inside its newly constructed passenger terminal.

Officials of the Bases Conversion and Developement Authority (BCDA) and Clark airport dedicate the cozy lounge to the OFWs, who are considered as modern-day heroes.

"The newly completed Clark International Airport terminal building is dedicating a transit lounge exclusively for the use of overseas Filipino workers (OFWs) — free of charge," the BCDA stated.

“OFWs make a huge sacrifice for our country. The OFW Lounge is our small way of saying thanks, and reassuring our kababayans that we value them, wherever they are in the world and especially here at home,” Dizon said.

It is expected to spur economic development and tourism in Central and Northern Luzon.