Former Candaba mayor says he is 'waiting for God's sign' 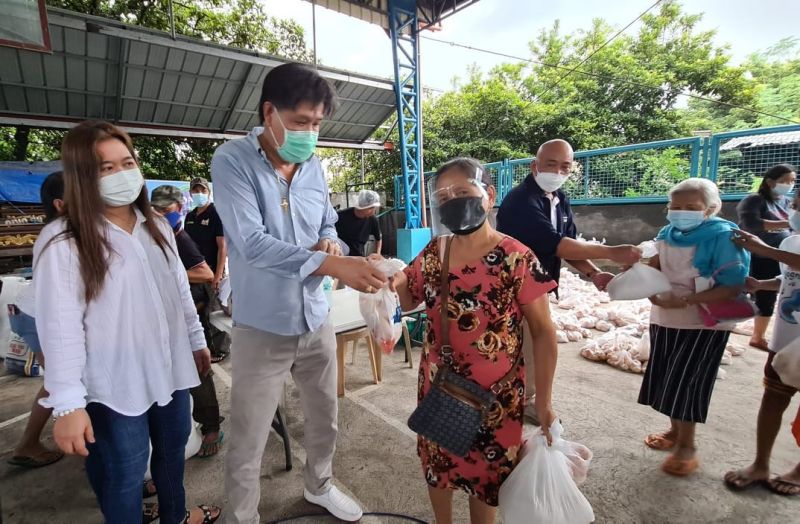 FORMER Candaba mayor Danilo Baylon said he is "waiting for a sign" if he will once again throw his hat in the political arena in May 2022.

In an exclusive interview with SunStar Pampanga Wednesday, July 28, 2021, Baylon said he will announce his plans when "he receives a sign from God."

He said if he will return to public service, his constituents can be assured of clean, good and transparent governance.

The former mayor said as of now, he and his wife Apo Aniway are busy in their food donation drives in different towns in Pampanga and other parts of the country.

Apo Aniway said what they are doing is simply helping those in need and is not a political tactic. She said a person need not be in power or position to help, but the desire to render noble services as instructed by God.

The Baylon couple, who owns Dan Way Processing Corporation, has been helping Filipinos for 20 years, especially the poor by giving them food and spritual guidance in this time of pandemic.

On Wednesday, the Baylon couple together with Fourth District Board Member Nelson Calara donated chickens, rice and eggs to 1,200 senior citizens, persons with disabilities (PWDs) and single parents in Barangays San Juan and Sta. Monica in San Simon town.

Meanwhile, Calara said he always requests the help of Baylon to assist indigent families, especially in the Fourth District where many people have been affected by the pandemic.

Calara added it is the mission of the Baylon couple to help those in need since they have been truly gifted with spiritual and material blessings in life. (Chris Navarro)