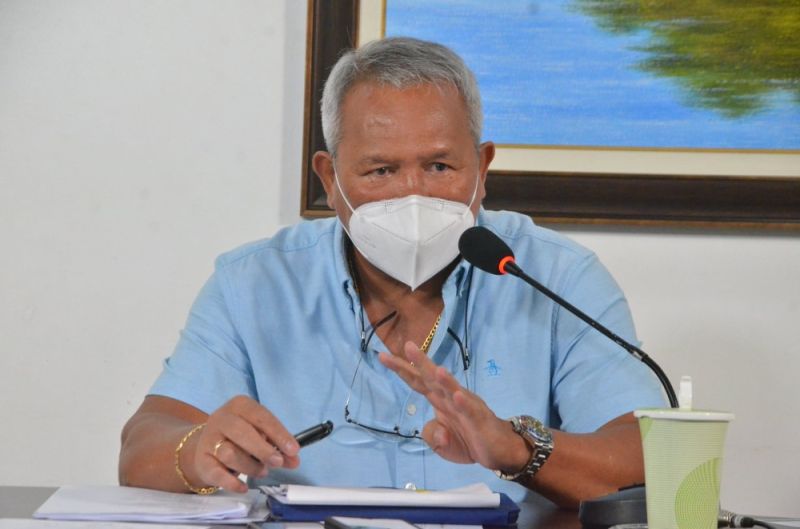 CAGAYAN de Oro City Mayor Oscar Moreno on Saturday, July 31, told an officer of the city police to resign after the latter accused him of being uncooperative with the implementation of focus area containment.

Lieutenant Colonel Lemuel Gonda, deputy chief for police operations of the Cagayan de Oro City Police, said in an interview by a social media platform-based news service, Northern Mindanao Daily Source, that the city mayor did not issue any executive orders regarding the implementation of the focus area containment.

"The city mayor is not cooperative. [Wala] nag issue og executive orders with regards to focused area containment. There is already an advisory coming form DILG secretary that was dated on July 23, 2021 on focus area containment on the presence of Delta variant," Gonda said.

Gonda further said the City Government has no clear border control measures, adding that even though the city is under enhanced community quarantine (ECQ), the monitoring of people entering the city is relaxed.

He added that the city's quick response (QR) code is not effective as well.

The police deputy cited last year's measures of monitoring of people entering the city as more effective as there are strict monitoring efforts at the airport, seaport, and bus terminals.

Gonda also challenged the City Health Office to identify which areas in the city have the highest number of Covid-19 cases.

Moreno, for his part, called Gonda's issues as "demolition job" and "black propaganda," saying that the police deputy's comments are politically motivated.

The city mayor further said if Gonsa has issues, he should have said it during the meeting with the city's Emergency Operations Center.

Moreno also said the idea of implementing a granular lockdown is not appropriate at this time, stating that last year's focused containment was ineffective as its was difficult to sustain.

Moreno said instead of the granular lockdown, he was stricter when it comes to home quarantine and Covid-positive individuals were immediately extracted and isolated.

The city mayor said that Gonda is either interested in politics or somebody is pushing him to make those comments.

"Ako na lang sya gihangyo to resign and join politics kay mao man ang imong gusto so that I have a chance to campaign against you. I will not allow that chance to pass," he added.