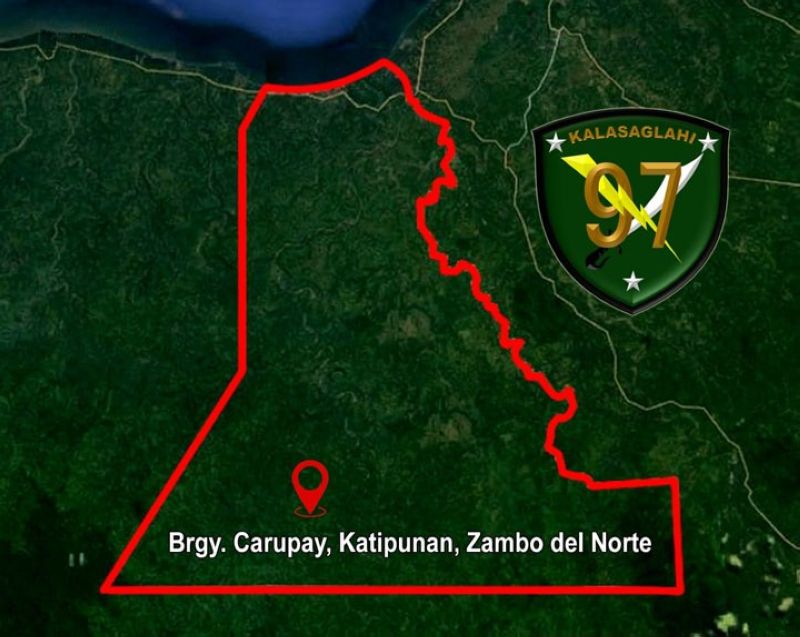 THE remaining members of the New People’s Army (NPA) in the Zamboanga Peninsula have been advised to surrender and live a peaceful life together with their families.

Ponio said the NPA's armed struggle is futile and brought suffering, death, and misery to the Filipino people.

“Five decades of armed struggle have not solved any of our problems. It has caused more problems to the society,” Ponio said.

“We all yearn for a peaceful country. To the remaining CTG (communist terrorist group) members, surrender now before it’s too late. A great life awaits you.”

No one among the troops was either killed or wounded during the firefight that lasted for about 10 minutes. The NPA rebels scampered in different directions.

“This is a result of our follow-up focused military operations after the previous clash we had with the same group last July 4 in Barangay Kauswagan, Sergio Osmeña Sr., Zamboanga del Norte, where one of their comrades was killed,” Lieutenant Colonel Manaros Boransing, 97IB commander, said in a statement Saturday, July 31.

Brigadier General Leonel Nicolas, 102nd Infantry Brigade commander, who has operational jurisdiction in the Zamboanga Peninsula and Misamis Occidental, said in a statement Saturday, July 31, that the sustained military operations would continue against the Western Mindanao Regional Party Committee of the NPA despite the ongoing pandemic.

“We have already gained the momentum in dismantling five Guerilla Fronts and declaring two provinces as insurgency-free along with our efforts in continuously supporting the local government unit in preventing the spread of Covid-19," Nicolas said.

"Our priority remains the same, the protection of our people from terrorism and all forms of threat,” Nicolas added. (SunStar Zamboanga)