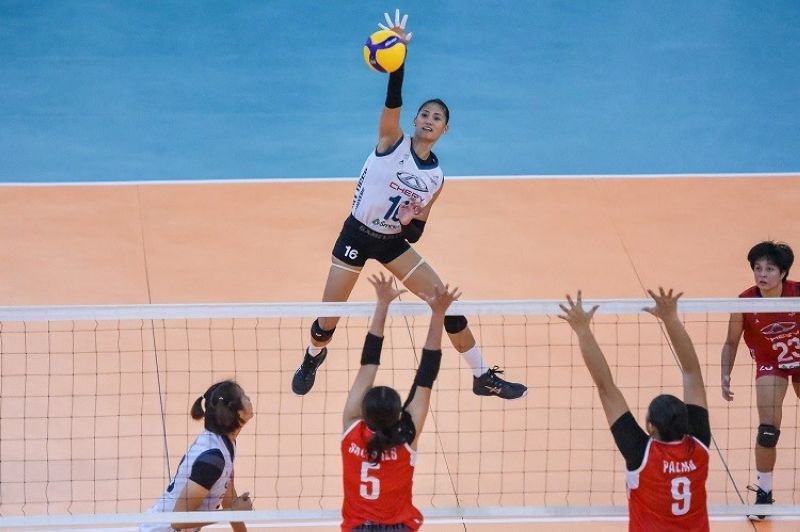 THE Cherry Tiggo Crossovers scored a dominant straight-sets win over the Petro Gazz Angels, 25-18, 25-20, 25-22, to assure itself of at least a playoff for a semifinal berth in the Premier Volleyball League Open Conference at the PCV Socio-Civic Cultural Center in Bacarra on Sunday, August 1, 2021.

The Crossovers overcame a 15-17 deficit in the third set and knotted the score at 20-all on a Maika Ortiz attack, and then, shattered it on Mylene Paat’s through-the-block hit. Chery Tiggo then clinched the win by taking four of the next six points.

The victory, their fifth against two losses, came a few days after Jaja Santiago and the rest of the squad stopped fancied Creamline in four, stopping the Cool Smashers’ incredible 25-game winning streak. Chery Tiggo is now in third place, right behind the unbeaten Choco Mucho and Creamline.

The Crossovers’ win also stopped Petro Gazz’s three-game run as the Angels dropped to fourth at 4-2, enabling at least three teams to stay in the hunt for the last Final Four seat in the league.

Santiago finished with 20 points, including 16 attacks and three blocks, while Dindin Manabat added 12 hits in another fine performance. Paat added nine markers and Ortiz had seven points with Shaya Adorador and Jasmine Nabor chipping in five points apiece for the Crossovers, who produced 45 attack points, nine more than the Angels.