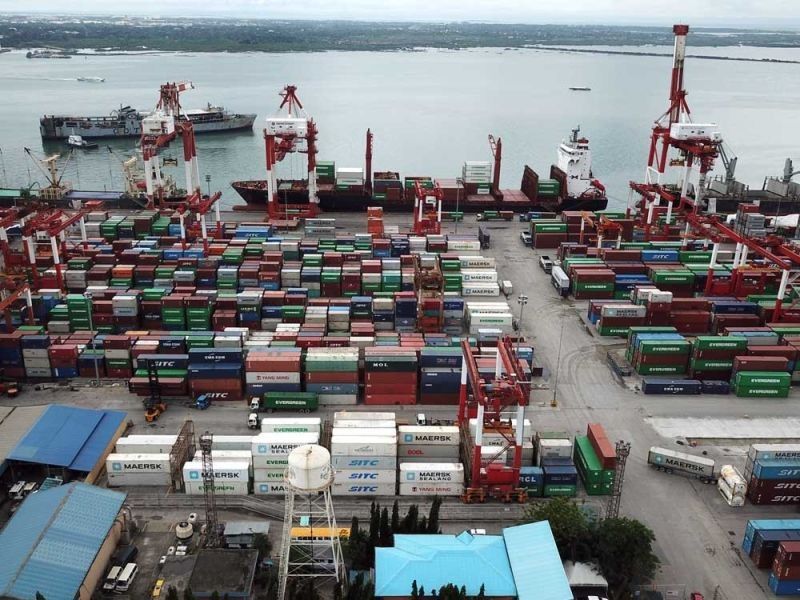 THE Philippine Exporters Confederation Inc. (Philexport) and Export Development Council (EDC) are asking the Philippine Ports Authority (PPA) to defer the approval of the proposed cargo-handling rate increase at Manila North Port and to suspend the mandatory weighing of export containers, especially for the sake of small exporters and enterprises.

The written request, sent to Jay Daniel Santiago, PPA vice chairman and general manager, warned that approving the rate hike now and allowing the mandatory weighing of export containers to continue will further add to the difficulties faced by micro, small and medium enterprises (MSMEs) and exporters.

In their July 28 petition letter, Philexport and the EDC-Networking Committee on Transport and Logistics (EDC-NCTL) urged Santiago to suspend the approval of the cargo-handling rate increase at North Port “considering the state of the Philippine economy in these trying times.”

EDC-NCTL chairman Enrico Basilio and Philexport executive vice president Senen Perlada said approval of the rate increase request of Manila North Harbour Port Inc. (MNHPI) should be postponed until the required Regulatory Impact Assessment to determine the regulatory burden of the proposal can be conducted.

They also suggested that PPA waive its share in the cargo handling fee to resolve the “conflict of interest” issue around PPA and enhance the competitiveness of the economy.

Earlier this month, Philexport president Sergio Ortiz-Luis Jr. also wrote to MNHPI on July 9 to state the group was “strongly opposed” to the port operator’s petition for tariff adjustment.

MNHPI, in requesting PPA to green-light the rate increase, said it has met the conditions of PPA Administrative Order 02-2018, which prescribes the revised methodology and formula for the adjustment of cargo-handling tariff.

The company is seeking an increase of 15.33 percent in cargo handling rates at North Port, saying it is necessary in order to continue its port development commitments as stipulated in its contract with the PPA.

But Ortiz-Luis said while the confederation understood why MNHPI filed the petition, it objected to the move, as the proposed tariff hike would be an added cost to doing business for MSMEs that are still struggling to recover from the pandemic.

“We must anticipate that the rate increase will further diminish the country’s competitiveness, drive away investors and discard the efforts of government agencies and stakeholders to bolster ease of doing business in the country. Moreover, the added cost will ultimately be borne by the end consumers—the ordinary Filipino people, and our foreign buyers,” he added.

Meanwhile, in the July 28 letter, Philexport and EDC also pressed for the immediate suspension of PPA Administrative Order (AO) 02-2021 while a calibration system for weighing scales is being developed. The AO, issued on May 27, 2021 and in force since June 16, provides the revised guidelines for the implementation of the mandatory weighing of export containers.

They recommended that PPA work with the Department of Trade and Industry (DTI) and Department of Science and Technology (DOST) on how to facilitate the calibration of weighing scales and bridges at the ports, and that it set up a certification system, such as a DTI or DOST sticker or certificate, to prove the equipment has been officially calibrated.

AO 02-2021 covers all export containers passing through government ports under the administrative jurisdiction of PPA.

The latest appeal came on the heels of a July 15 petition by Philexport to Santiago, in which Ortiz-Luis sought the immediate suspension of this policy pending the results of the required calibration meant to ensure that weighing scales used are not defective or deficient.

While Philexport said it supports the International Convention for the Safety of Life at Sea under which PPA 02-2021 is being implemented, Ortiz-Luis said: “We have been receiving complaints from our members mainly on the discrepancy in the declared container weights obtained using the exporter’s weighing scales, compared with the weights from the weigh bridges/scales of the port operators. This has led to many shut out fees (some containers of which were eventually loaded after paying the fees) and actual shut outs.”

He continued: “We expected that the PPA would have done due diligence to ensure that this challenge is addressed first prior to implementation. But the current situation shows otherwise, and the damages are piling up at the expense of our exporters.”

He concluded that the mandatory weighing issue is another challenge on top of the many others that exporters, most of them MSMEs, are facing, including the lack of vessel space, and soaring freight rates amid pandemic-induced uncertainties. (PHILEXPORT NEWS AND FEATURES)