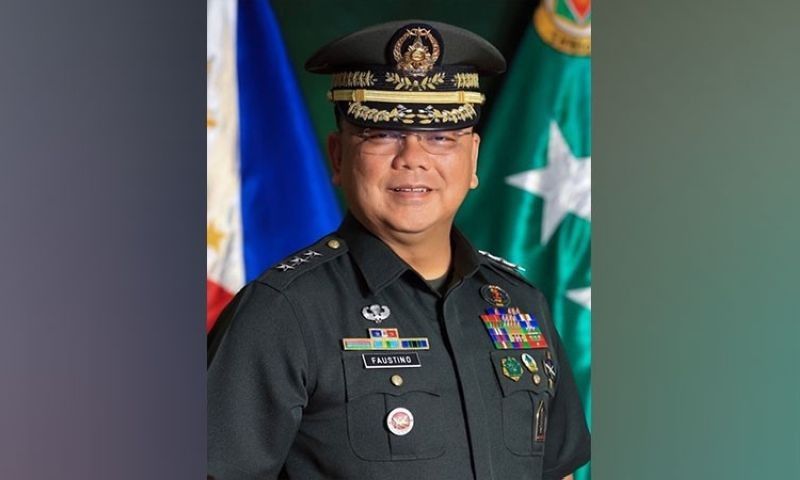 LIEUTENANT General Jose Faustino Jr. assumed as the 56th chief of staff of the Armed Forces of the Philippines (AFP) on Saturday, July 31, 2021.

Faustino succeeded chief of staff Cirilito Sobejana, who reached the mandatory retirement age of 56 on Saturday.

Faustino is a member of Philippine Military Academy “Maringal” Class of 1988.

He was assigned as the commander of Joint Task Force Mindanao in June, following his short stint as the acting commanding general of the Philippine Army.

He also formerly led battalion and brigade units in Western Mindanao, particularly in Basilan and Sulu. Their main task was to protect the land against local terrorist groups.

As the commander of the Joint Task Force Mindanao, he spearheaded the crafting of the Mindanao Security and Stability Plan to synchronize the peace efforts of Eastern and Western Mindanao Commands in order to sustain the gains of the peace process and stability in the whole island of Mindanao.

In his speech on Saturday, Faustino said he will pursue the finetuning of the AFP’s overall military disposition, condition of readiness and strength in order to respond to the challenges the country is facing, including the coronavirus disease 2019 (Covid-19) pandemic, and the country’s internal and external security issues as well as natural disasters.

He enjoined all the men and women of the AFP to sustain their gains on anti-terrorism and insurgency efforts of the government.

Faustino proposed the establishment of Center for Preventing and Countering Violent Extremism (CPCVE), which he believed will help the force understand the “intricacies of violent extremism and find relevant solutions” for it.

“The CPCVE will provide a holistic, inter-disciplinary, collaborative, community-based, preventive approach to study, document and quantify the nature and magnitude of threat factors that contribute to the radicalization of our countrymen,” he said.

Faustino also pushed for a self-reliant AFP as he proposed the creation of Center for Self-Reliant Defense Posture (SRDP).

“Self-reliance on our country’s defense manufacturing capability coupled with the full utilization of our own natural resources will be the foundation of the SRDP program,” he said.

“As I embark on this new journey with each and every one of you belonging to Team AFP, allow me to say to every soldier, airman, sailor, and marine, let us stay positive on the course ahead, bind together as one family, commit with open minds, participate actively, work towards the attainment of our shared goals, develop good ideas and innovate to suit our domain,” he added. (SunStar Philippines)