TNT storms back to bring down Phoenix in PBA Philippine Cup 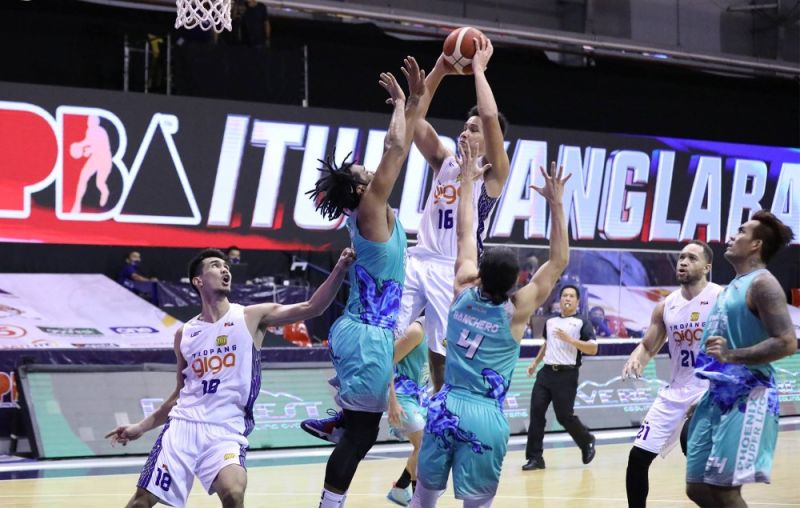 TNT’s Roger Pogoy skies for a layup in their contest versus Phoenix on Sunday. / PBA

The TNT Tropang Giga won their third in a row after trouncing the Phoenix Super LPG Fuel Masters, 84-80, in the PBA Philippine Cup on Sunday at the Ynares Sports Arena in Pasig City.

Troy Rosario came up with the clutch baskets to help TNT come all the way back from a 16-point deficit. Layups by Rosario and Roger Pogoy put TNT in front 80-77 before Phoenix guard RJ Jazul tied the game up with a three-pointer from the corner.

However, Rosario was relentless as he scored another deuce to give TNT back the lead, 82-80, with 1:52 left in the game. Phoenix had plenty of chances to either tie the game or regain the lead but missed them all, the last one proving costly as Jason Perkins missed a layup attempt off a strong drive to the rim.

Rosario led TNT, which improved to 3-0, with 15 points and eight rebounds while Pogoy added 13 markers, four boards and three steals. Jayson Castro nearly had a double-double with 10 points and nine assists while prized rookie Mikey Williams had an off-night but still stuffed the stat sheet with nine points, nine rebounds, four assists and two steals.

Matthew Wright paced Phoenix, which fell to 1-4, with 15 points. (JNP)