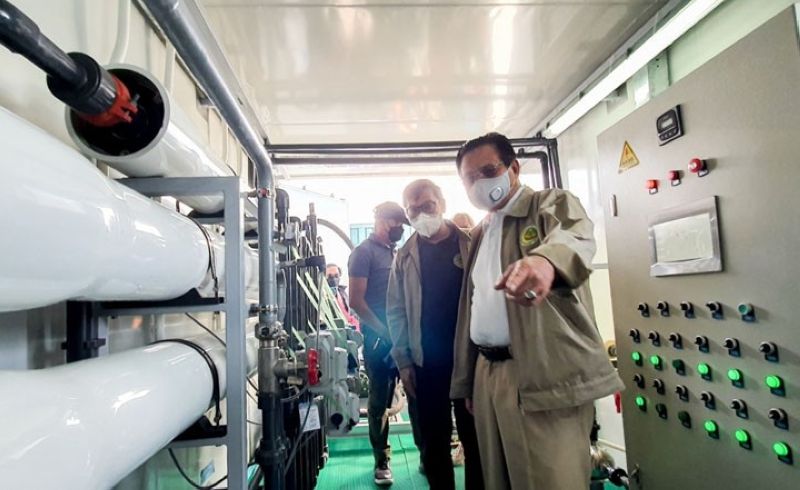 ZAMBOANGA. The Bangsamoro Autonomous Region in Muslim Mindanao (Barmm) is set to deliver on Wednesday, August 4, the first three sets of desalination machines each worth P20 million to address the crisis on safe drinking water in the towns of Pata, Pandami, and Hadji Panglima Tahil, Sulu. A photo handout shows Barmm Chief Minister Ahod Ebrahim (right) and Lawyer Naguib Sinarimbo, Interior and Local Government minister, inspecting the desalination machines to be delivered to the three island towns. (SunStar Zamboanga)

THE Bangsamoro Autonomous Region in Muslim Mindanao (Barmm) is set to deliver the first three sets of desalination machines worth P20 million each to three island towns in the province of Sulu to address the crisis of drinking water in the three municipalities.

The identified recipients of the desalination machines are the island municipalities of Pata, Pandami, and Hadji Panglima Tahil.

Barmm Chief Minister Ahod Ebrahim reiterated that the distribution of the desalination machine project is intended for waterless communities in island provinces that have no access to clean and drinkable water.

Ebrahim and Lawyer Naguib Sinarimbo, Ministry of the Interior and Local Government minister in Barmm, led the inspection and launching ceremony of the project in Polloc village, Maguindanao on Friday, July 30.

At least 10 units of desalination machines that will convert salty sea into fresh drinkable water will be installed in the provinces of Sulu and Tawi-Tawi by the Ministry of the Interior and Local Government-BARMM.

The project is funded through the 2020 contingency fund of the office of Ebrahim.

Meanwhile, Sinarimbo said that seven of the 10 desalination machines are in transit from Manila to the region. (SunStar Zamboanga)