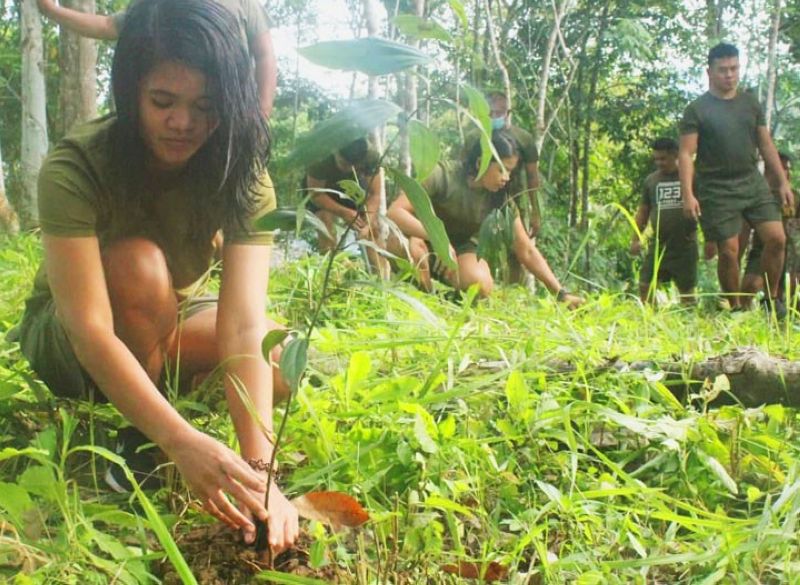 ZAMBOANGA. Troops of the Army’s 44th Infantry Battalion (44IB) conduct a tree growing activity Saturday, July 31, at their headquarters in Imelda, Zamboanga Sibugay as they join the culmination in the observance of the National Disaster Resilience month of July. A photo handout shows the 44IB troops planting 57 assorted native trees during the activity. (SunStar Zamboanga)

The 44IB conducted a tree growing activity at their headquarters to culminate the National Disaster Resilience month of July.

The 44IB said in a statement that the assorted native tree species they planted consisted of 32 Lumbayao, 22 Bayog endemic trees and three coconut trees, totaling 57 trees were planted inside the headquarters.

The 44IB said it took part in the tree planting activity to support the campaign to battle the threat of climate change.

The battalion said the activity aims to mitigate flooding and preserve the ecological preservation of the camp premises.

“Tree growing activity will be a sustained activity to manifest our sincere efforts as a proficient organization, responsive and relevant to the needs of the people of Zamboanga Sibugay province,” the 44IB said. (SunStar Zamboanga)