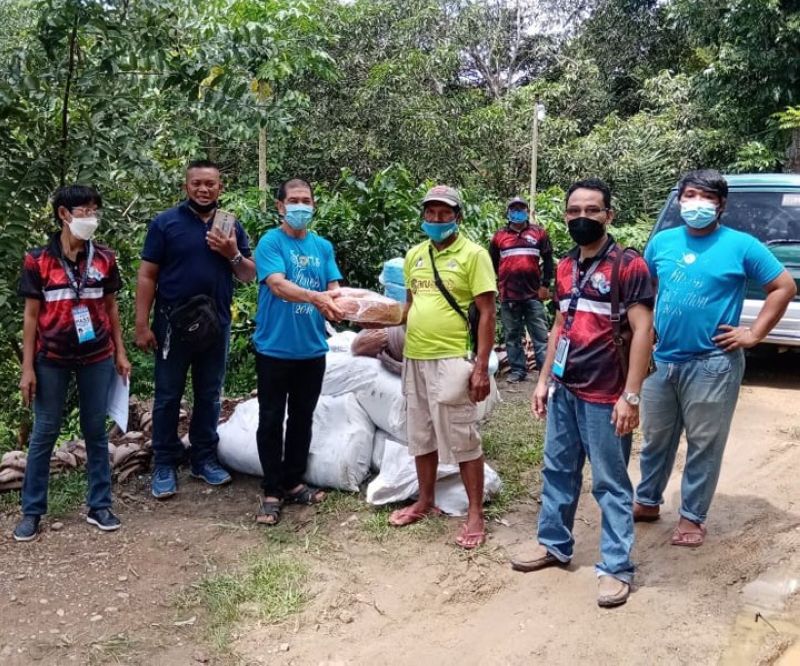 ZAMBOANGA. The Department of Agriculture, through the Bureau of Fisheries and Aquatic Resources, distribute farm implements to two associations of seaweed farmers on Thursday, July 29, in Zamboanga City. A photo handout shows BFAR personnel turning over the farm implements to the intended recipients. (SunStar Zamboanga)

THE Department of Agriculture (DA), through the Bureau of Fisheries and Aquatic Resources (BFAR), distributed farm implements to two associations of seaweed farmers in Zamboanga City.

The recipients of the farm implements, which were distributed Thursday, July 29, were the Saru Seaweeds Farmers Association and Paraitan Taguiti Fisherfolk Association under Vitali District, Zamboanga City.

Doctor Bonifacio Duterte, Jr., city fishery officer, and his staff, Sumaidi Abdurasid and Teodoro Mella, both technicians, facilitated the distribution of livelihood intervention to the recipients.

Duterte said the fisherfolk beneficiaries each received three sets of seaweed farm implements under the stimulus package of the Bayanihan Act II enacted to help small-scale seaweed farmers recuperate and recover from production losses during the event of the continuing health crisis.

After the distribution, Duterte and his team proceeded to Buenavista village to conduct monitoring and sampling of seaweed propagules under the Technology Demonstration Project of Bayanihan II on the seaweeds nursery intervention for the Aplaya Buenavista Fisherfolk and Seaweed Farmers Association.

The monitoring is purposely to determine the growth and survival of cultured seaweed (K. alvarezzi) as well as the sustainability of the aforesaid aquaculture project. (SunStar Zamboanga)