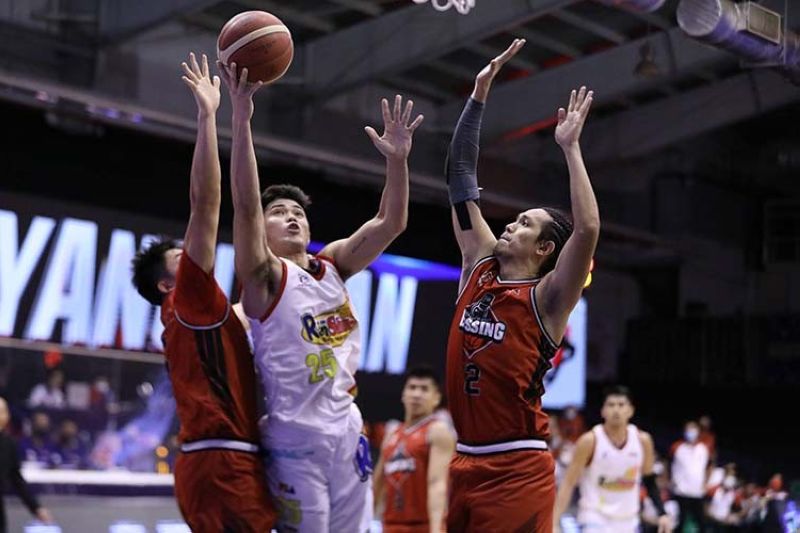 Even though Cebuano forward Leonard “Santi” Santillan has not exploded off the gates in his rookie season for the Rain or Shine E-Painters, it doesn’t mean his efforts have gone unnoticed by head coach Chris Gavina.

To be specific, Gavina was impressed by Santillan’s relentless on the boards, which he put on display during Rain or Shine’s win over Terrafirma on Sunday in the PBA Philippine Cup. The native of Lapu-Lapu City in Cebu finished with seven rebounds along with six points, an assist and a block in just 13 minutes of playing time.

“He’s so aggressive in going after rebounds,” Gavina said of Santillan.

Gavina also took notice of Santillan’s ability to be at the right place at the right time, a skill that cannot be taught in this game.

“We were lucky enough to pick him this year, and we knew what he brought: a great deal of energy. And he has this unique ability to gravitate to where the ball bounces,” shared Gavina who is in his first season as head coach of the Rain or Shine squad.

Gavina and the rest of his brain trust are well aware of the caliber of the player they picked fifth in this draft and they are constantly trying to find ways to get Santillan on the floor more.

“Every single day in practice, I keep telling the coaching staff that Santi is such a great talent to have,” Gavina said. “The more we can get him on the floor and maximize him, I think, moving forward, Santi is gonna be a great asset for us.” (JNP)