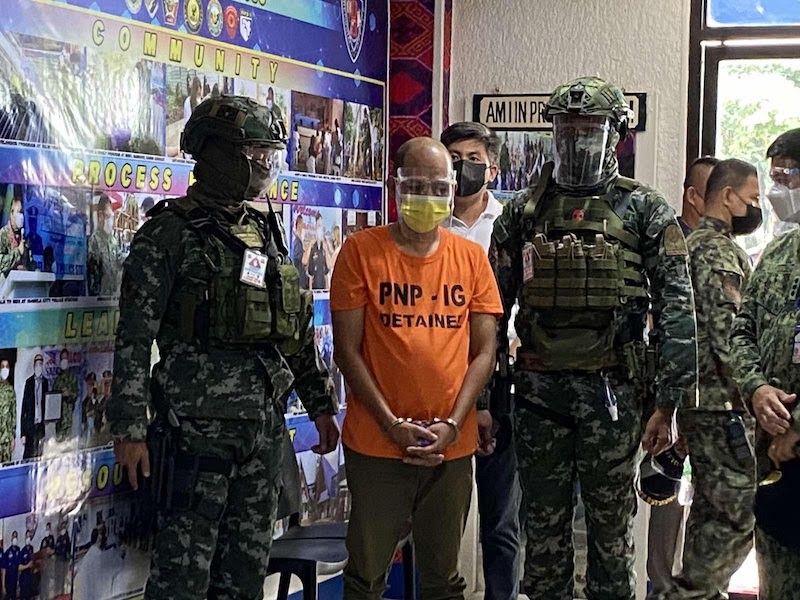 Masckur Adoh Patarasa, also known as Omair Sali Taib, is a brother-in-law of the late Isnilon Hapilon, who was the head of Islamic State (IS) terrorists in the Philippines.

Patarasa has a standing arrest warrant for seven separate cases of kidnapping and serious illegal detention.

Eleazar said Patarasa serves as finance/logistics liaison officer of Dawla Islamiya and ASG. He was included in the Martial Law Arrest Order No. 1 during the Marawi siege in 2017.

Police records show that in May 2017, Patarasa and an unidentified individual linked with ASG planned to send funds to ASG members fighting in Marawi City through Hapilon.

He was also known to have direct contact with Jemaah Islamiyah operative Amin Baco, also known as Guro Jihad, and other ASG members.