'I will fight!' Petecio says on her gold medal clash against Japanese nemesis 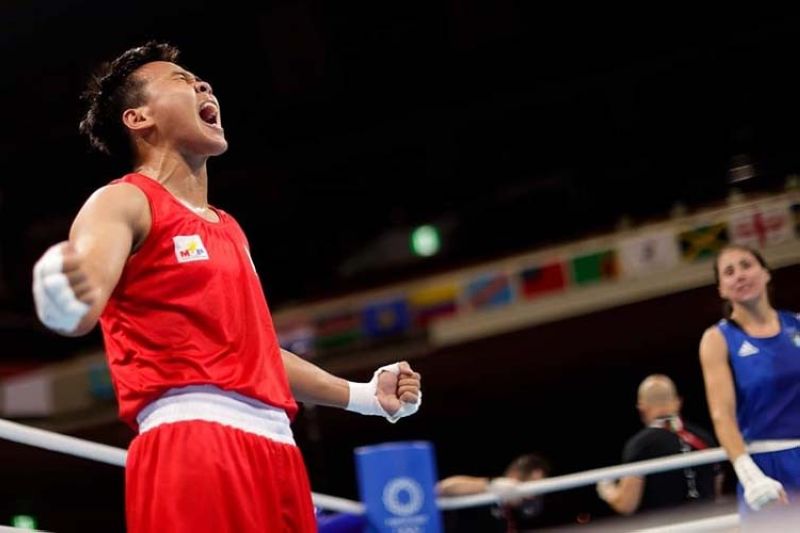 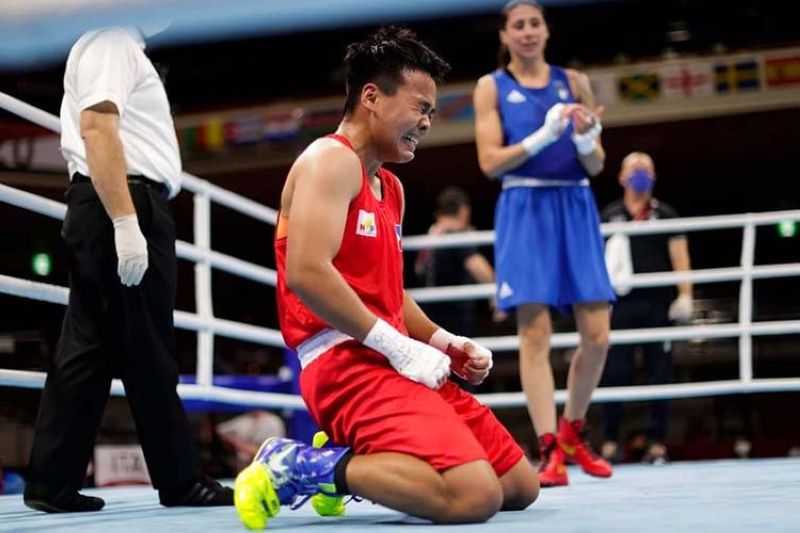 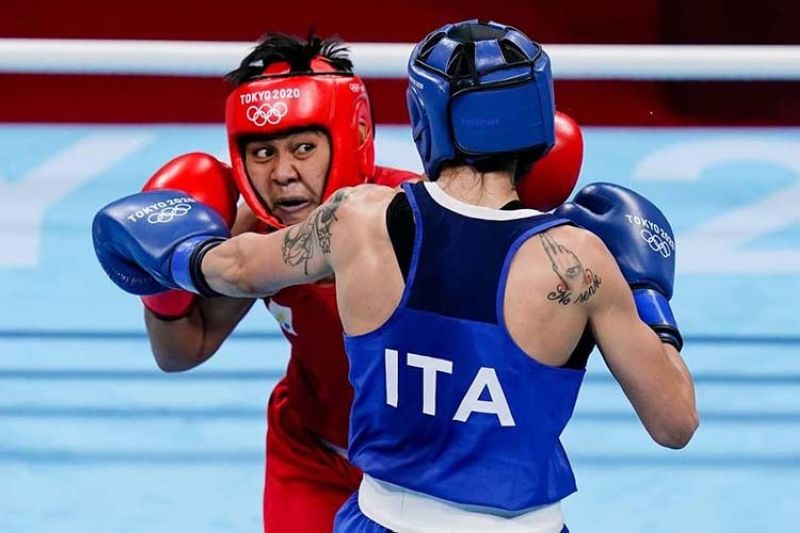 SHE made no promises but 29-year-old Filipino boxer Nesthy Alcayde Petecio of the Philippines vowed to just fight all she's got on the ring when she faces off with 20-year-old arch-rival Sena Irie of Japan in their Women's featherweight gold medal battle in the ongoing Tokyo 2020 Olympics on Tuesday, August 3.

The finale will be the fourth meeting of the two boxers with Sena up, 2-1, in their past three encounters.

She said she will just stick to the game plan of her coaches.

Filipino Coach Nolito "Boy" Velasco, for his part, said Petecio lost to Irie during the ASBC Championships in Thailand but the Filipina exacted revenge against the Japanese in their 2019 Aiba Women's World Boxing Championship quarterfinals in Ulan-Ude Russia where she prevailed on points, 4-1.

In a strange twist of fate, Irie bounced back with a similar 4-1 victory over Petecio in their Asian and Oceanian Olympic Boxing Qualifying quarterfinals match in Amman, Jordan in March 2021. Petecio, who may have failed in the Olympic qualifier, booked a slot in the Tokyo 2020 Olympics via her ranking. As of the published September 2020 Aiba elite women's ranking, the Dabawenya ranked second in the featherweight division while Irie was at No. 13. The International Olympic Committee Boxing Task Force (IOC-BTF) confirmed to the Philippine Olympic Committee (POC) Petecio's slot in the quadrennial Games on March 19.

Velasco observed that the Japanese boxer is hardworking and throws a lot of punches that only intend to score but are not strong enough. Thus he believes that Petecio has what it takes to win the first Olympic gold for Philippine boxing.

"Kaya nya to, Ma'am (She got this). Basta di lang magkumpyansa (As long as she won't be complacent), good defense, good punches, and ready always," he said. He also said that Petecio has improved a lot since she last fought Irie. "Maganda kasi naka-focus sya sa laban na to, determinado sya ngayon (What's good is that she is focused in this fight, she is more determined now)," Velasco added.

Meanwhile, Petecio underscored that she is not after any other recognition of being the first Filipino female boxer to win an Olympic medal and reach the finals.

She said, "Never jud nako na naisip, Ma'am, nga ako makauna, nga ako maka-break ani. Wala jud nako na ginaisip. Ang akong ginaisip gud ang enjoyment sa dula, mudula ko, mu-perform ko. Mao ra na, nga makadaug ko para sa akong pamilya. Dili jud kailangan nga ako ang makauna. Mudula ko para sa akong pamilya, sa katawhan, og sa Pilipinas (I never thought of being the first one to break any record. I never think of anything like that. All I think about is the enjoyment in the game, that I'll play, and I'll perform. That's all I think about and for me to win for my family. It doesn't have to be me being the first one. I'll fight for my family, for my countrymen, and the Philippines).

Team Philippines nutritionist Jeaneth Aro cited Petecio and the rest of the Filipino Olympians for their discipline as well as the work that their coaches put into their training.

After Petecio's semifinal 4-1 split decision victory over Irma Testa of Italy, Aro said they went straight to the Olympic Village dining hall where the Olympic finalist had her fill with rice, noodles, fish, and few chickens. And since Petecio likes to eat rice instead of pasta, which the other Filipinos prefer, Aro said she adjusts to the athlete's preferences as it would be difficult not to give what they want.

The Filipino Olympians, according to her, have supplementation strategies to complement the training that they undergo. And she believes that Petecio is ready to fight for the gold.

Association of Boxing Alliances in the Philippines (Abap) Secretary-General earlier said, "If she fights as smartly and listens well to coach Don Abnett, who is our chief strategist, there’s no reason why she can’t get the second Philippine gold!"

Petecio appealed to the Filipinos to continue supporting her.