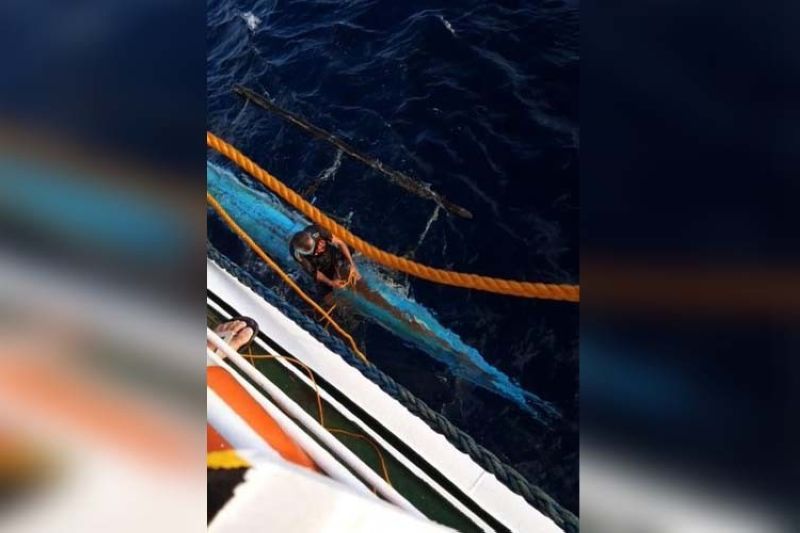 A FISHERMAN who spent around 15 hours at sea after his boat capsized was rescued in the waters between Masbate and Almagro Island in Samar on July 21, 2021.

Vicente Tulod, 58, a resident of Barangay Buenasuerte, Pio V. Corpuz in Masbate was on his way home on July 20 when huge waves capsized and damaged his motorized banca around 3 p.m.

M/V Lite Ferry 29, while traveling to Matnog Port in Sorsogon, sighted and rescued Tulod at 6 a.m. of July 21.

The crew of MV/ Lite Ferry 29 provided Tulod with First Aid, dry clothing, and food. His boat was also salvaged and brought on board.

According to one of the crew members, the passengers and crew members pitched in money to give to Tulod.

When the ship arrived at its destination, it coordinated with the Coast Guard Station (CGS) of Sorsogon that contacted CGS Masbate.

Tulod’s family was informed of the fisherman’s whereabouts and told to get their local disaster risk reduction and management council to fetch him.

The Coast Guard Substation Matnog advised Tulod not to venture out of the sea under bad weather conditions and to register his motorized banca in his locality. (NRC/PR)