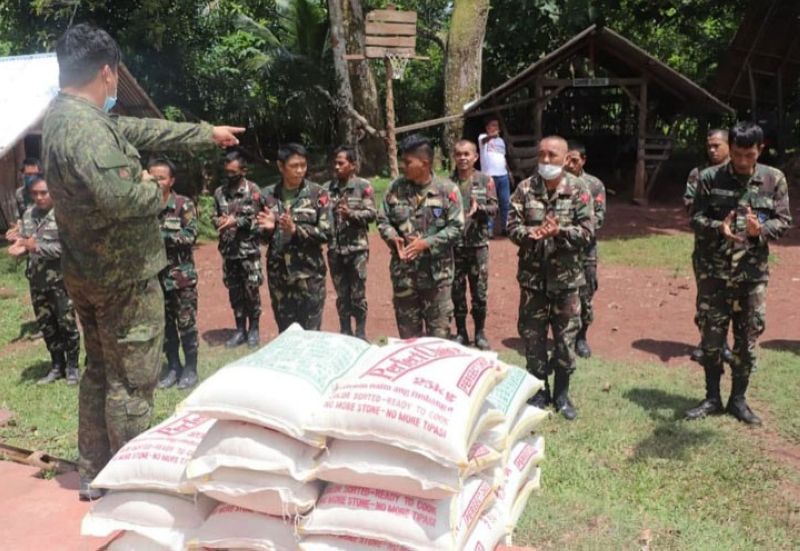 ZAMBOANGA. The Provincial Government of Zamboanga del Sur provides rice allowance to 25 militiamen of the 53rd Infantry Battalion based in Ticala Island Patrol Based in San Pablo municipality. A photo handout shows a military official gestures in the talk to men activity during the visit in Ticala Island. (SunStar Zamboanga)

THE Provincial Government of Zamboanga del Sur has provided rice allowance to 25 militiamen of the 53rd Infantry Battalion (53IB) based in Ticala Island Patrol Based in the town of San Pablo.

The provision of rice allowance to the militia forces is part of the "Better Life: Adopt-a-Cafgu Project."

The two officials also talked to the militiamen to boost their morale and determine their issues and concerns.

Meanwhile, the City Government of Pagadian and the 53IB have distributed rice supply to the patrol bases in Muricay and Palpalan in the city.

This, as the City Government of Pagadian and 53IB continue to advance its "Better Life: Adopt-a-Cafgu Program" in the city.

Each of the two patrol bases received four and one-half sacks of rice to each.