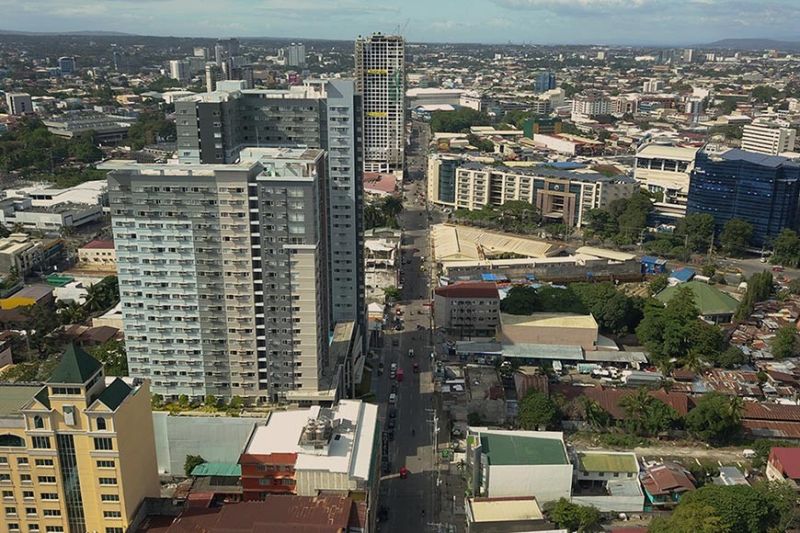 FOLLOWING the detection of three cases of Delta variant of Sars-CoV-2 in Davao City, local health authorities already sounded the alarm of a possible community transmission in the city.

In a press release, DOH-Davao said the two Delta-positive specimens are part of the additional 178 variants of concern (VOC) cases detected in Davao Region based on the latest whole-genome sequencing (WGS) report.

The specimens were sent on July 15.

Based on the patients’ profiles, one is a 47-year-old male and was previously tagged as discharged on July 19. As of July 30, he was transported back to a temporary treatment and monitoring facility (TTMF) pending his reverse transcription-polymerase chain reaction (RT-PCR) test results.

The other identified case is a 36-year-old female who was discharged on July 21. As of July 29, 2021, she was transported and isolated in TTMF with pending RT-PCR test results.

DOH-Davao confirmed on July 25 that the two Delta variant-infected specimens were from Tagum City in Davao del Norte and Davao City. Both were already tagged as recovered.

Covid-19 Task Force spokesperson Dr. Michelle Schlosser said all three individuals had no history of travel outside the city.

“Kahit unsa pa nga lugar ang gigikanan ani nga mga variants or cases (Regardless of where these patients are from), we have to consider it na naa na siya sa atong city (that the Delta variant is now in the city), and we have to be more vigilant, and more responsible in taking care of ourselves, our loved ones, and community,” Schlosser said in a virtual presser on Monday, August 2.

Dr. Rachel Joy Pasion, Regional Epidemiology Surveillance Unit head of the DOH-Davao, said the first two confirmed cases and their first and second-generation closed contact had also no history of travel outside the region and had no contact with any ROF.

"So we should consider it as a local transmission na here sa atong (in the) region," Pasion said.

Regardless of the variant, both Schlosser and Pasion reiterated the continuous compliance of the minimum health protocol, and to have themselves vaccinated once it is their turn.

Meanwhile, Schlosser said the city already experienced a surge of cases prior to the detection of the Delta variant in the city.

They noted, however, a decrease in active cases in the city in the past weeks.

Schlosser attributed the pre-existing strategies and policies way before the surge as the reason for the decline of active cases. These include the expanded contact tracing, mandatory swabbing of all closed contacts, and the mandatory RT-PCR test result for individuals arriving in the city via Francisco Bangoy International Airport (Davao International Airport), and the city’s land checkpoint.

"We are not lenient in our strategies nor aming pagpapatupad ng health protocols on the ground level," she said.

The Delta variant, first identified in India in February, is believed to be 60 percent more contagious than the Alpha (B.1.1.7) variant, which was first detected in the United Kingdom, according to the World Health Organization.

Public Health England (PHE) in May 2021 observed secondary attack rates to be 51 to 67 percent higher than the alpha variant. In a June technical briefing, the Delta variant was linked to a roughly doubling of the risk of hospitalization

No plans of stricter quarantine status

Davao City Mayor Sara Duterte-Carpio said in a radio interview that the City Government is not keen on requesting the Inter-Agency Task Force for the Management of Emerging Infectious Diseases (IATF) to place the city under a stricter quarantine status following the detection of the highly infectious variant.

Based on the local government unit risk classification, which is determined by the two-week growth rate and average daily attack rate, the city is under “moderate risk.”

“We do not see the IATF giving a community quarantine status sa atoa diri sa (here in) Davao City nga (that is) ECQ [enhanced community quarantine]. But in any event, since we do not know how the situation will spin diri sa (here in) Davao City especially with the Delta variant, we can see all over the world, angay na mag-andam ta (we should prepare),” Duterte-Carpio said in an interview on 87.5 FM Davao City Disaster Radio.

While the city is currently experiencing a downtrend of active cases, the mayor said it is not the time to be complacent as other areas in the country, such as National Capital Region (NCR) and Cebu Province, are experiencing a surge of cases.

“We can expect na pagkahuman sa NCR ug (and) Cebu, kita napud na diri sa atoang siyudad ang magpasaka or mag-surge (our city will also experience surge) of cases as we have already witnessed in the past two surges nato diri (here), we always come after NCR and Cebu,” Duterte-Carpio said.

Davao City has been placed under general community quarantine (GCQ) with heightened restrictions from August 1 to 15.