City planning to roll out mobile vaccination for seniors 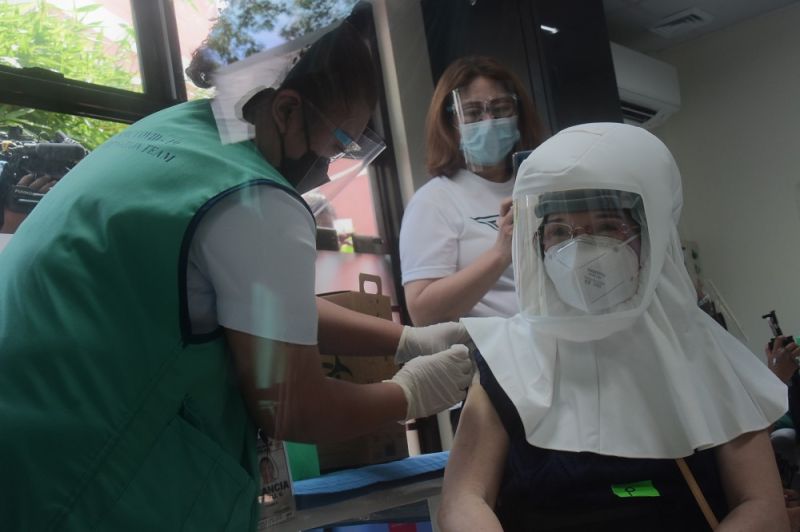 THE Davao City Government is planning to set up a mobile vaccination for seniors after many of them have not yet returned to receive their second dose of Covid-19 vaccine.

Davao City Mayor Sara Duterte-Carpio said in a radio interview on Monday, August 2, that the City Government will be rolling out its mobile vaccination to inoculate more senior citizens, especially those who cannot go to the main vaccination sites for various reasons.

This means that the mobile vaccination team will seek out cluster areas where there are still unvaccinated senior citizens.

“Sila ang pangitaon sa bakuna, dili sila ang mangita sa bakuna (We will bring the vaccines to them and not the other way around),” the mayor said.

The mobile vaccination would increase the number of senior citizens who will be inoculated.

Duterte-Carpio noted that the city is still short of its target of vaccinated senior citizens.

Based on the record from the City Social Welfare and Development Office (CSWDO), the city has between 200,000 to 300,000 senior citizens.

According to the National Vaccine Deployment for Covid-19 of the Department of Health (DOH), senior citizens fall under Priority Group A2. Duterte-Carpio said they are being prioritized since they are vulnerable to the virus due to pre-existing comorbidities.

The mobile vaccination is an additional option for senior citizens apart from public vaccination in the designated City Health Office-run vaccination sites per district.

The mayor said that senior citizens may refuse the available vaccine but they can wait for the schedule and the availability of their preferred vaccine.

Meanwhile, with the proposed house-to-house and barangay vaccination, the mayor said it is not viable for now since the supply of the vaccines is only suitable for vaccination sites and sectoral vaccination.

“Puhon, puhon, kung mudaghan na atong supply, and dunay capacity atong barangay mag-roll out og bakuna, then pwede nato siya buhaton sa umaabot na panahon (Hopefully we can implement this soon if we have enough supply of vaccines and the barangays have the capacity to roll it out),” she said.

The mayor also said the city is planning to have a drive-thru vaccination, but she did not give further details.

The City is aiming to inoculate 1.2 million by November to reach herd immunity.