Mandaue City dad passes away due to Covid-19 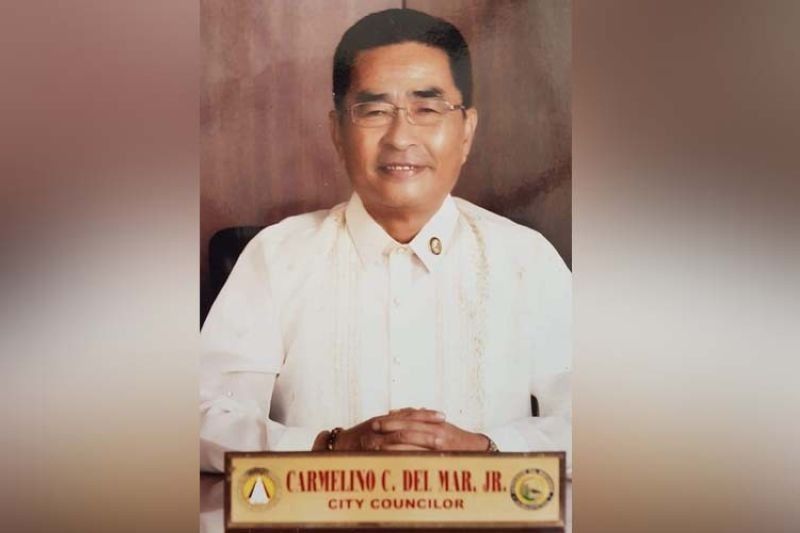 COVID CASUALTY. Mandaue City Councilor Carmelino “Jun” del Mar Jr. has succumbed to Covid-19 two weeks after he got infected with it. He was 65. (Jonas Cortes)

Before he died, Del Mar announced on his FB page that he and his wife were found positive for Sars-Cov-2, the virus that causes Covid-19, back in July 22.

Four days prior to his announcement, Del Mar reported that he had been unwell.

Cortes told reporters that Del Mar was his good friend and was a dedicated public servant.

Del Mar’s career in public service started when he first served as councilor of Barangay Ibabao-Estancia.

He also served three terms as Ibabao-Estancia’s village chief before he ran for city councilor in 2019.

Cortes said Del Mar contributed a lot to the City particularly in addressing environmental issues through his legislative work.

Del Mar’s colleagues in the City Council were also greatly saddened by his untimely passing.

Mandaue City Councilor Immaline Cortes-Zafra described Del Mar as a “brother, a friend and mentor.” “I will forever be grateful to you, Kons Jun del Mar, for guiding me when I started my journey in public service. It was a pleasure working with such a humble, genuine and hardworking leader like you. I will honor you by continuing your legacy of good governance,” Zafra added.

“Gaw Jun, your brand of public service to the Mandauehanons was sincere and filled with hope that the next generation of Mandauehanons will experience a better quality of life. You are known for your courage and conviction in upholding good governance,” said Lumapas.

Mandaue City Councilor Malcolm Sanchez also told Sunstar Cebu that he is grateful for all the services that Del Mar provided to the city.

Cortes said the Philippine flag at the Mandaue City Hall is set to be placed on half-mast in honor of the late councilor.

Meanwhile, a police officer stationed in Asturias town, Cebu and who tested positive for the virus that causes Covid-19 died Sunday afternoon, August 1, 2021, at the Toledo City Hospital.

Police Executive MSgt. Thadeo A. Lapening was the deputy chief of the Asturias Police Station and lived in Barangay Tubod, Toledo City, Cebu.

Police Major Gilfred Baroman told Superbalita Cebu that Lapening called him early Monday morning, July 26, to inform him that he could not report to work because he was not feeling well.

On Saturday, July 31, Lapening informed him he was feeling weak and experiencing diarrhea.

He went to the Toledo City Hospital for an examination and got admitted on the same day.

He underwent a swab test on July 31.

Baroman said Lapening informed him around 10 a.m. of August 1 that he was positive for Sars-CoV-2, the virus that causes Covid- 19.

Baroman was shocked when he learned that Lapening died at 3 p.m. of the same day due to Covid-19-related complications. (KFD, GPL)