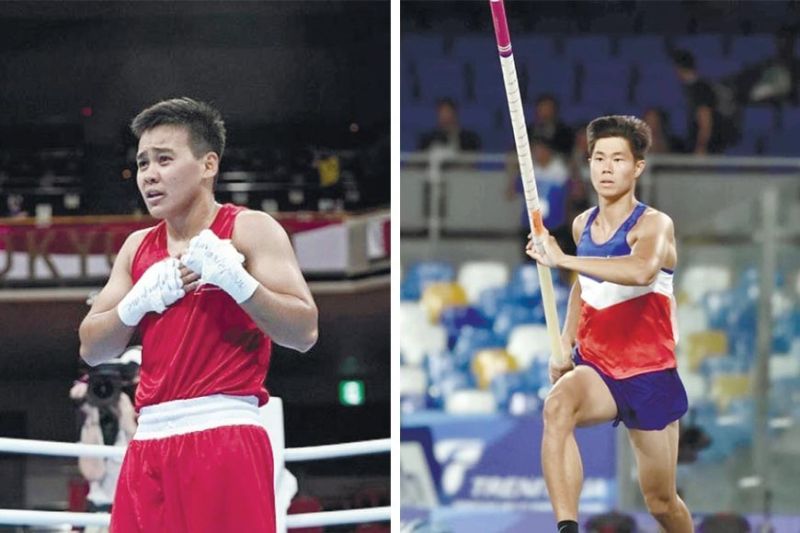 The 20-year-old Irie, on the other hand, dominated the first two rounds with 5-0 decision wins over El Salvador’s Yamileth Solorzano and Tunisia’s Khouloud Hlimi Ep Moulahi. She then squeaked past Romania’s Maria Claudia Nechita, 3-2, by points in the quarterfinals and outlasted 2019 AIBA Women’s World Boxing Championships bronze medalist Kariss Atringstall of Great Britain also, 3-2, by decision.

On the other hand, Obiena is competing against 13 other pole vaulters in the Men’s Pole Vault finals at the Olympic Stadium.

Obiena earned a trip to the final round after finishing fifth in Group A and 10th overall in the qualifying round. He cleared the 5.57M bar in three attempts.

Meanwhile, Carlo Paalam is in for a tough assignment as he takes on 2016 Rio Olympics and 2019 AIBA World Boxing Championships gold medalist Shakhobidin Zoirov of Uzbekistan in the Men’s Flyweight division quarterfinals.

The 23-year-old Paalam is coming off a 5-0 decision win over Algerian Mohamed Flissi in the Round of 16, while Zoirov outclassed Cape Verde’s Daniel David Varela de Pina in the same round.

Zoirov is already fighting in the pro ranks with a record of 3-0 with two knockouts. (EKA)