3 cops held, 2 others at large over kidnap-slay of online seller 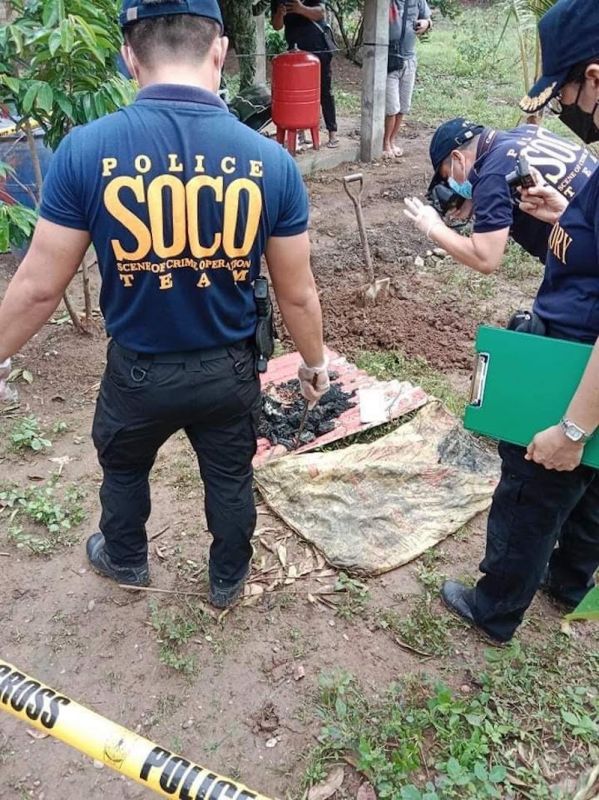 THREE of five policemen tagged in the gruesome killing of an online jewelry seller in Santa Rosa, Nueva Ecija are now detained, while two others and a civilian remain at large.

Their civilian cohorts were identified as Franklin Macapagal and Dario Robarios.

Charges of serious illegal detention, and robbery with kidnapping and murder will be filed against the suspects.

Mark, not his real name, said Casar met up with a client in Sta. Rosa. The client was later identified as Macapagal.

Mark said they were on their way back to Cavite at around 1:45 p.m. of July 20 when a group of armed men on board a pickup truck and a motorcycle intercepted them. Macapagal was among the men.

Mark said he was ordered to transfer to the pickup truck while one of the men drove his vehicle with Casar as passenger.

They were brought to a house and transferred to another in the evening.

Mark said their abductors ordered Casar to call her family and ask for money in exchange for her freedom.

Mark said he was released on July 21. He informed Casar's family, who sought assistance from the PNP Anti-Kidnapping Group.

A team from the AKG and Mark went to the Sta. Rosa Police Station, where Mark identified one of the abductors in a photo showing a group of police officers.

Mark also identified Reyes, who was in the station. Reyes was immediately arrested.

Mark also identified Esmundo and Alcantara in other photos shown to him.

Alcantara surrendered and revealed that Malillin, Martin and Esmundo burned Casar’s body and placed it in a sack. They ordered Robarios to bury the body.