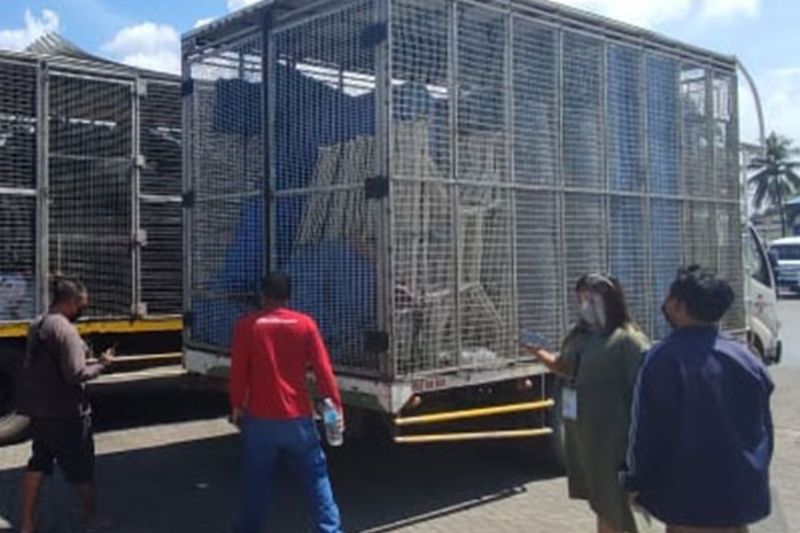 ZAMBOANGA. The Department of Agriculture-Special Area for Agricultural Development facilitate the transport of 170 modules of Fabricated Cage for the Layer Chicken Production project in the province of Sulu. (SunStar Zamboanga)

THE Department of Agriculture-Special Area for Agricultural Development (DA-Saad) facilitated the transport of 170 modules of fabricated cage for the layer chicken production project in the province of Sulu.

The DA regional office said in a statement Tuesday, August 3, that the cages were inspected by the DA Property Unit, Commission on Audit representatives and Saad Sulu representatives. The cages cost P10,191,500, which was sourced out from the Saad 2021 Fund.

The cages are intended for new villages covered by Saad 2021, including augmentation support for the existing barangays from project years 2018-2020, according to the DA.

The new villages have already established their respective Layer Chicken Coops, which the local government of participating municipalities have provided as counterpart in the project.

At present, the beneficiaries await for the arrival and turnover of livelihood interventions, which are expected to be delivered in Sulu on August 16. (SunStar Zamboanga)