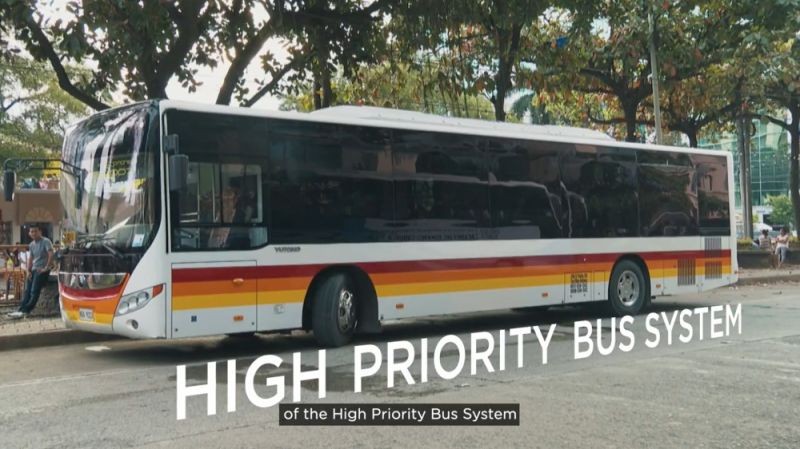 PROJECT implementers of the High Priority Bus System (HPBS) assured that the development of the P19-billion transport modernization project remains on track and that it will be fully operational by October 2023.

Engineer Connie Macapayag of the Department of Transportation (DOTr) said in a radio interview on Monday, August 2, 2021, that they have finished the preconstruction phase of the 600-kilometer bus network.

Macapayag said the project, in general, is still within its deliverable timeline.

“We are really working hard just to give the public our promise nga deliverable timelines,” Macapayag said in an interview on 87.5 FM Davao City Disaster Radio.

“When it comes to deliverables, we are publicly saying this project will be opened to the public in October of 2023,” she said.

Macapayag said they are aware of the public's clamor of the project to be materialized.

But the official said there are procedures when it comes to building infrastructure.

The DOTr official added that in between those stages is the bidding process to determine which contractor the project will be awarded.

“We are targeting February to March magsugod na ang clearing (we will start the clearing). So it would just be 15 months of construction so challenging pod sa atong contractor para ani nga short span of time lang (This will be a big challenge for the contractors given the short period),” she said.

Macapayag said the design development is already 90 percent complete, while the bidding procedure is still at 15 percent.

She said the preconstruction works are already done, which include the assessment of the plot where the bus terminal will be constructed.

Two weeks ago, she said they conducted a civil survey to help plan the construction projects.

The official said they looked into possible road obstructions such as utility poles, together with the Engineers Office (CEO), City Planning and Development Office (CPDO), and the Department of Public Works and Highways (DPWH).

"Para makita unsa gyud ang naga-obstruct nga mga poste nga nagababag sa dalan nga mahimong hazard sa atong mga drivers ug sa atong (So we can see what posts and other road obstructions that might pose a hazard to our drivers and to our) future bus operation. More or less, we are ready sa (for) construction," Macapayag said.

There will be a total of six bus terminals to be constructed in different barangays which will be located in Bunawan, Panacan Diversion, Buhangin, Calinan, Toril, and Catalunan Pequeño.

The DOTr official said the HPBS project is currently in its land acquisition process, adding that they already met with the landowners whose property will be affected by the project.

She admitted that some landowners remain apprehensive in selling out their lands to give way for the project but most of them have expressed support for it.

In terms of the architectural layout of the infrastructure, including the bus terminal, admin building, and the motor pool, the official said it is already completed.

During the design stage, Macapayag said they took priority on the accessibility of the terminals, as well as the buses for the persons with disabilities (PWDs) to make it holistic. They considered putting ramps, walkalator, escalators, and reducing the terminal’s distance from the highway. They also made adjustments for the requests of the landowners who wish to operate using their property.

The bus system will be state-of-the-art with modern designs and is equipped with advanced technology features such as automated fare system, wireless networking technology, and bus tracking system patterned after the bus system in other countries such as Singapore, Hong Kong, Australia, and United States.

HPBS is a City Government project that aims to shift from public utility jeepneys to bus systems to address the growing transportation demand and reduce traffic congestion. It aims to provide safe, convenient, sustainable, and efficient public transportation for all. (With reports from CIO)