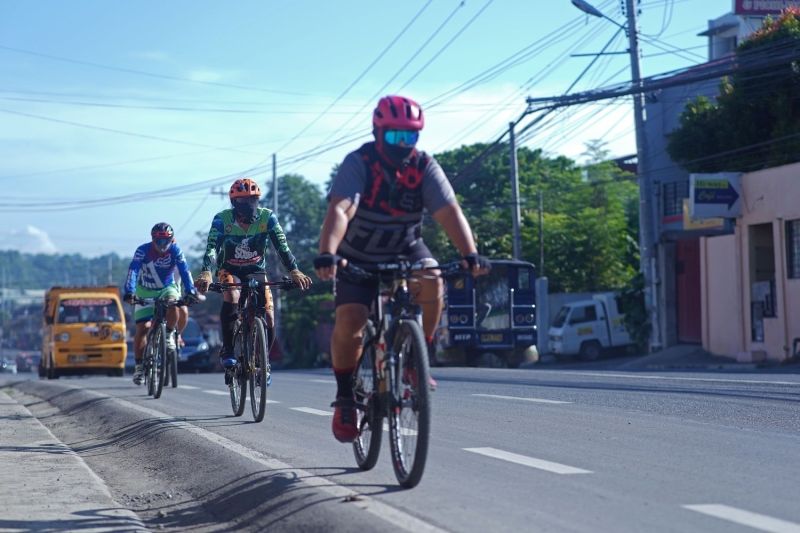 THE implementation of the ordinance requiring the mandatory registration of bicycles in Davao City is seen right after the Covid-19 pandemic.

Councilor Mabel Sunga Acosta, proponent of "The Amended Bicycle and Light Mobility Vehicle Ordinance of Davao City," which was passed on third and final reading on July 27, 2021, is still waiting the signature of Mayor Sara Duterte-Carpio before its implementation.

The newly-passed ordinance is an amendment to Ordinance 0409-10 or the Bicycle Ordinance of Davao City, and in harmonization to the Comprehensive Transport and Traffic Code of Davao City.

While the ordinance is still being transmitted to the executive department, Executive Order (EO) 40, or "An order providing for the suspension of bicycle registration, bicycle registration fees, and allowing the use of bicycle lanes in the City of Davao," which was publicly released on June 19, 2020, will still take effect.

According to the EO, the temporary suspension of the implementation of some provisions of the two ordinances would allow Dabawenyos to use the bike lanes "without fear of penalty for non-registration, etc., until the two ordinances have been harmonized."

"Kay katong executive order niya, nagsulti nga i-delay lang sa ang registration or i-pending sa tungod kay pandemic. So iyang gibutang didto sa EO nga either after the pandemic or after maamyendahan ug ma-harmonize ang duha ka ordinance (According to the executive order, it states that the bike registration will be delayed or will be pending due to the ongoing Covid-19. It was stipulated that the effectiveness of the EO will be until after the pandemic or after the two ordinances will be amended and harmonized)," Acosta said in an interview on 87.5 FM Davao City Disaster Radio.

Acosta said the mayor can delay the implementation of the ordinance for economic considerations amid the pandemic.

"We will wait for her directive kung unsa ato sundon -- ang pag-ayo sa duha ka ordinance (on when the ordinance will take effect -- after the harmonization of the two ordinances) or after the pandemic," she said.

Acosta said the ordinance, which underwent two committee hearings, aims to keep up with the developments on alternative transportation, which saw a boom after limitations in public transport brought about by the current restrictions of the Covid-19 pandemic.

Acosta also said this is in accordance with the order of the Department of the Interior and Local Government (DILG) urging all local government units to establish bicycle lanes in all local roads to support those who will bike to their work destination due to the reduced capacity of public transportation.

The ordinance addressed the inconsistencies in the stipulating provisions on bicycle registration fees covered by the Bike Ordinance and the Traffic Code.

The Bike Ordinance requires bicycle registration with mandatory payment of P20. Upon registration, the bicycle should be brought to ensure that the brakes are working and that it has the necessary accessories required.

The Traffic Code also mandated bikers to secure annual registration from the City Transport and Traffic Management Office (CTTMO) with a fee of P150.

The inconsistencies of the ordinance earned various remarks from bicycle riders and enthusiasts.

Under the newly enacted ordinance, Acosta said bike registration intended for recreational and transportation purposes will be charged P20 while bikes used for commercial use will be charged P150.

Bikers will no longer have to go to the CTTMO as the barangays will be designated in the annual registration.

According to the updated ordinance, registration of one bike or light mobility vehicle is valid for one year.