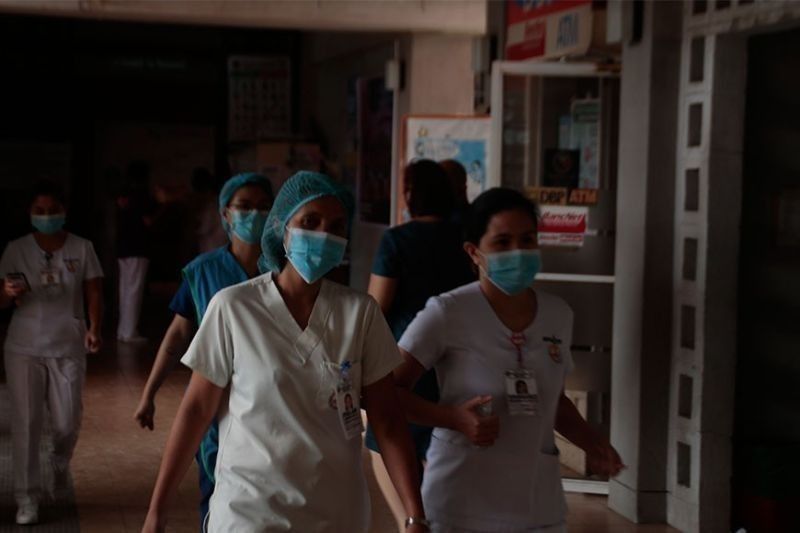 THE Department of Health (DOH) 7 has deployed close to a hundred nurses in private hospitals and isolation centers in Cebu to augment the work force as health authorities continued to grapple with the rise in coronavirus (Covid-19) cases here.

This as Gov. Gwendolyn Garcia on Tuesday, August 3, 2021 issued an executive order regulating the sale of medical oxygen within the province of Cebu.

In her Executive Order (EO) 36, Series of 2021, the governor said there is a need to regulate the sale of medical oxygen because the rise of Covid-19 cases in Cebu has prompted people to go to suppliers to buy their own oxygen supply.

Meanwhile, DOH 7 Director Jaime Bernadas said based on their latest data, a total of 96 nurses have already been deployed to private hospitals and emergency operations centers in Cebu.

But the DOH 7 needs at least 400 registered nurses to help hospitals in the region expand their Covid response.

Bernadas said they have called on the DOH Central Office for support to deploy more medical personnel in the region.

The DOH 7 logged a total of 788 new confirmed cases of Covid-19 in Central Visayas on Monday, Aug. 2, bringing the total number of active cases in the region to 11,410.

Central Visayas breached the 10,000 mark in the number of active cases last Saturday, July 31 when the region logged a total of 976 fresh Covid-19 cases in a single day.

However, in just one day, the region’s active cases breached the 11,000 mark after recording 936 new cases on Sunday, Aug. 1.

This is, so far, the highest number of active cases in the region since the start of 2021, according to health authorities.

The DOH 7 associated the spike in cases to the more transmissible Delta variant with Cebu initially recording 32 cases of Covid-19 caused by the Delta strain.

Mary Jean Loreche, DOH 7 chief pathologist and spokesperson for the Visayas Covid-19 Vaccination Operations Center (VVOC), said as of Monday, Aug. 2, the region has yet to receive additional test results from samples sent to the Philippine Genome Center (PGC) for genomic sequencing.

At the Capitol, the governor ordered the regulation in the sale of medical oxygen.

“There is a need to immediately regulate the sale by manufacturers and dealers of medical oxygen so that the same may only be sold to hospitals and/or persons who are in real need of them,” said Garcia in her newly-issued EO 36.

Garcia said manufacturers and dealers of 50-kilogram oxygen tanks must only sell to hospitals, while private entities or individuals may buy medical oxygen upon presentation of a doctor’s prescription in which case, the sale will only be limited to 20-pound tanks and up to a maximum of five tanks per individual.

The EO also said trucks hauling or transporting medical oxygen must be exempted from the truck ban being imposed on certain hours in the Province of Cebu.

The EO was issued a day after relatives of Covid-19 patients across Cebu resorted to “panic buying” oxygen tanks at a pharmacy across Vicente Sotto Memorial Medical Center (VSMMC) in Cebu City.

The buying spree happened on Monday, August 2, after images of patients waiting inside their cars outside Chong Hua Hospital spread on social media.

“If the sale and purchase of the medical oxygen will not be regulated, the panic buying of medical oxygen might cause a shortage of the same,” Garcia said.

Manufacturers and suppliers of medical oxygen have assured the Provincial Government that there is enough supply of oxygen in Cebu, and they can convert industrial oxygen to hospital/medical oxygen if needed.

In Cebu City, acting Mayor Michael Rama and other City Hall officials checked on three private hospitals following social media reports that the hospitals in the city were swamped with Covid cases.

Rama first checked on Chong Hua Hospital along Fuente Osmeńa after a photo of the hospital went viral on Facebook a day earlier showing vehicles lined up outside the hospital with patients waiting for admission while a row of oxygen tanks hovered on the street beside the vehicles.

When Rama arrived at the hospital, the patients had been attended to and there were no more vehicles waiting outside the emergency room.

Rama said he learned that there were enough beds for Covid patients in the hospitals but there has been a shortage of medical personnel to attend to the patients.

Rama called on doctors and nurses to apply at the private hospitals and the Cebu City Medical Center (CCMC) which are now accepting applicants.

Rama said the City is ready to give P10,000 monthly incentives to medical personnel from other local government units who will volunteer to work in private hospitals in Cebu City for three months.

Rama also called on the Philippine Health Insurance Corp. to settle the agency’s outstanding bills in private hospitals so that the money can be used by the hospitals to hire more doctors and nurses.

“I am appealing to the national government because the problem of medical services is because the hospitals have not been paid by PhilHealth. Philhealth, bayad mo,” said Rama. (LMY, PAC)
< Previous PageNext Page >