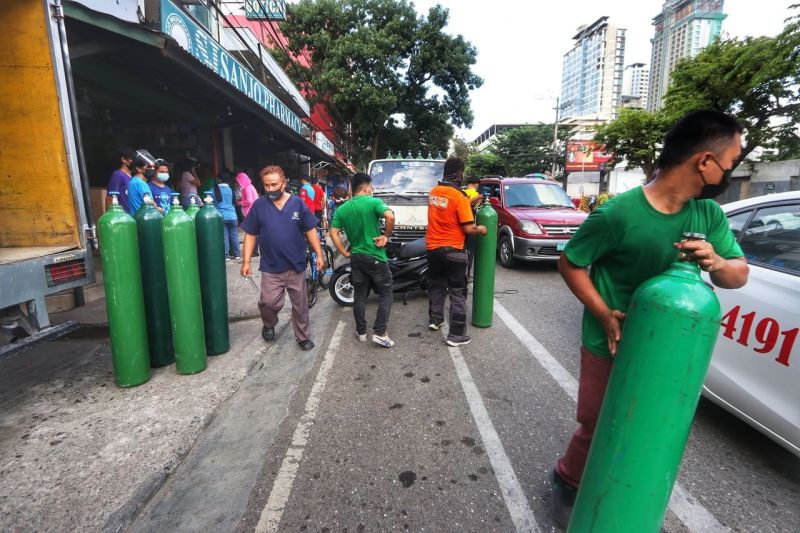 PHILIPPINE National Police (PNP) Chief Guillermo Eleazar has ordered police units in Cebu City to look into reports on hoarding of oxygen tanks and medical supplies amid the rise in cases of coronavirus disease 2019 (Covid-19).

“I have directed the Cebu City Police and the Regional Criminal Investigation and Detection Group to closely coordinate with the DTI (Department of Trade and Industry) office in the area and look into this report of hoarding,” he said.

He said he will also ask police units in Metro Manila to monitor similar developments.

Residents of Cebu City and Cebu Province flocked to a pharmacy in Cebu City to purchase oxygen supplies or refill their tanks on Monday, a day after photos of a long queue of patients outside a tertiary hospital.