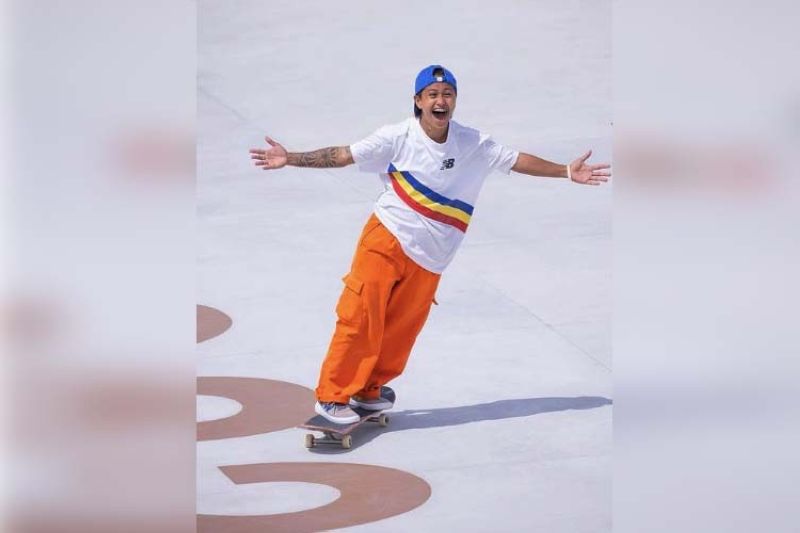 Cebuana skateboarding star Margielyn Didal relayed how “epic” her stint in the women’s street skateboarding event at the Tokyo Olympics was even though she wasn’t able to bag a medal.

The 22-year old fought through an ankle injury to finish in seventh place. The event was won by several youngsters, namely 13-year-olds Momiji Nishiya of Japan and Rayssa Leal of Brazil, who won the gold and silver medals, respectively. 16-year old Japanese skateboarder Funa Nakayama took home the bronze medal.

“It was an epic experience,” said Didal in a roundtable session with sportswriters on Wednesday afternoon. “I know that the Olympics is really big but I thought of it as this skating session with other girls that had the whole world watching.”

Even though Didal didn’t go home with any medal, she managed to win the hearts and minds of the sports community with her enthusiastic approach to cheering on her fellow skateboarders during the competition. Even though she was hampered by a bum ankle, that did not stop her from engaging her competitors in some wholesome banter and cheering their every trick.

Didal explained that that’s just how skateboarding culture is.

“That’s how skateboarding is,” said Didal. “It doesn’t matter what nation, culture or language you have, we have the same passion.”

She also relayed that she took after her father when it came to friendliness.

Didal is still in quarantine after her trip to Tokyo. Afterwards, she is set to go back home to Cebu, be with her family and go through some physical therapy for her ankle. She added that she’s also excited to go home and tend to her pregnant pet dog.

Once Didal is back to 100%, her coach Daniel Bautista said that she will be competing in several events in Salt Lake City in the United States and Barcelona, Spain.

Didal is hopeful that her recent stint in the Olympics will help bring the country’s skateboarding scene to the next level. She’s also batting for proper facilities to be built around the country to help the grassroots athletes get better training. (JNP)