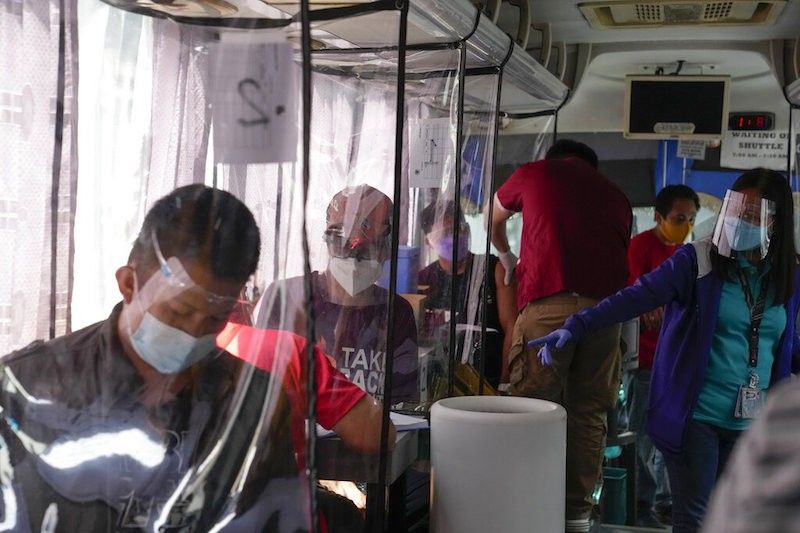 MANILA. In this photo taken in June 2021, people wearing face mask and face shield wait inside a bus being used as a mobile Covid-19 vaccination center in Taguig City. (File)

The new infections brought the seven-day moving average to 7,652, highest in three months.

The cumulative Covid-19 case count nationwide increased to 1,619,824, less the 59 duplicates that were removed.

The daily positivity rate remained high at 16.4 percent out of the 41,257 samples tested on August 2. The testing output was relatively low because one laboratory was non-operational while six failed to submit their data to the Covid-19 Document Repository System.

The additional deaths, which included 51 cases that were previously tagged as recoveries, raised the death toll to 28,231. The case fatality rate declined by one percentage point to 1.74 percent.

The University of the Philippines Philippine Genome Center has detected 216 cases with the Delta variant (B.1.617.2) of Sars-CoV-2 nationwide.

Alpha, Beta and Delta are among the four variants of concern of Sars-CoV-2, the virus that causes Covid-19. The fourth variant of concern is Gamma (P.1). There have been only two Gamma cases in the country. (Marites Villamor-Ilano / SunStar Philippines)