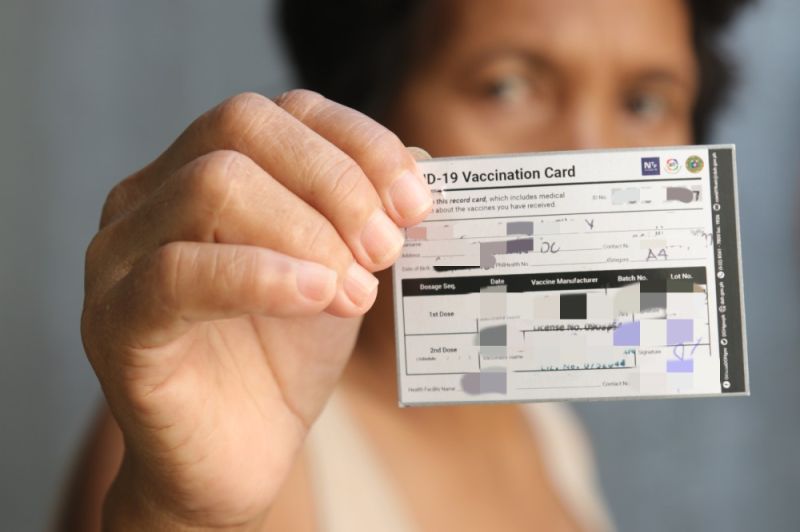 THE Davao City Government clarified that it is not planning to impose the "no vaccination card, no entry" in establishments in the city anytime soon.

Mayor Sara Duterte-Carpio on Monday, August 2, denied reports that the City Government will only allow vaccinated persons inside public and private markets in the city.

This after the Lapu-Lapu City Government in Cebu issued an executive order that only vaccinated persons will be allowed to enter public and private markets, including department stores, supermarkets, and convenience stores, beginning August 25. The order, however, was revoked by Lapu-Lapu Mayor Ahong Chan.

Duterte-Carpio said the City Government cannot impose such a policy considering that many Dabawenyos have not yet been fully vaccinated.

"Because kulang pa ang atoang bakuna. The moment nga daghan ta og bakuna and wala nay gusto magpabakuna and wala ta makaabot sa 1.2 million, isa na siya sa possible options na buhaton sa isa ka LGU [local government unit] para ang mga tao is maengganyo magpabakuna (Because our vaccine supplies are not enough. The moment that we will have ample supply, but no one is willing to be vaccinated and we are still short to our target 1.2 million vaccinated individuals, this is a possible option that a certain LGU can implement to encourage people to get vaccinated),” the mayor said in an interview on 87.5 FM Davao City Disaster Radio.

She added, "Kulang ang atong bakuna (We do not have enough supply), we cannot do that. Otherwise, mag-stampede ta tanan didto padulong sa (there might be a stampede at our) vaccination center."

Covid-19 Task Force spokesperson Dr. Michelle Schlosser said in a radio interview on Wednesday, August 4, that the task force has not discussed if the city will be adopting such regulation.

Presidential Spokesperson Harry Roque Jr. said in a televised press briefing on Monday, August 2, 2021, that it is not yet the right time to impose restrictions on unvaccinated individuals considering the limited supply of Covid-19 vaccines in the country.

Roque said they commend Chan’s innovation but the LGU should wait until at least 50 percent of the population is vaccinated and there are already enough vaccines for everyone.

“While we commend that innovation, siguro hintayin muna natin na (but for now, let us wait) at least 50 percent ng ating population mabakunahan (of our total population will be vaccinated),” he added.