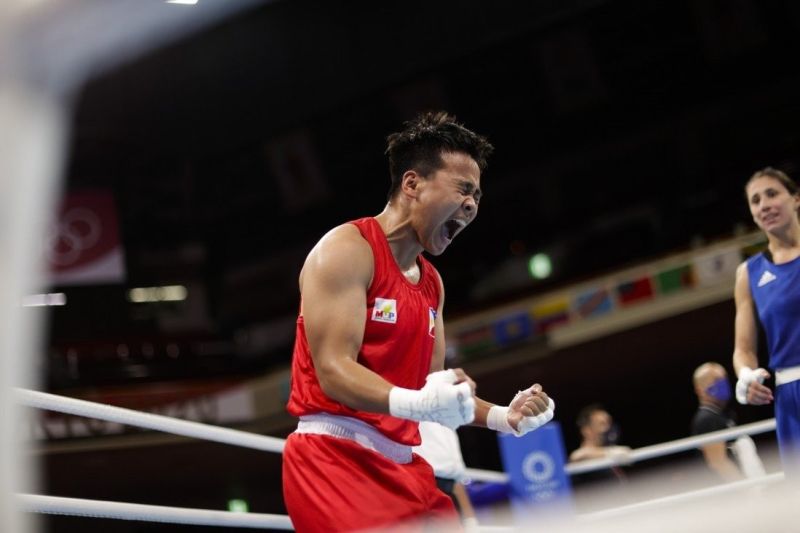 THE Municipal Government of Sta. Cruz, Davao del Sur will be giving Filipina boxer Nesthy Petecio a hero's welcome after winning the silver medal in the women’s boxing featherweight finals at Tokyo Olympics 2020.

In a report from the Philippine News Agency on Tuesday, August 3, Davao del Sur Governor Marc Cagas said preparations for Petecio's return had been discussed even before her flight to Tokyo.

“Right before her fight, we already have a meeting and we discussed that we will prepare something for her whether she will win or not. As to the preparation, we are finalizing it especially in accordance with Covid-19 rules,” Cagas said.

In a statement on Tuesday, August 3, Sta. Cruz Mayor Jaime Lao Jr. said Petecio, who is raised in Tuban, said they are "commending and celebrating" her achievement.

"What you achieved in the Olympics is a testament that patience, hard work, dedication, and passion can lead us all to greater heights," Lao said.

"You have brought pride and honor to us all Santa Cruzians!" Lao added.

The mayor said Petecio would be given a cash incentive but he did not disclose the amount.

He said he has instructed the local finance committee to realign funds for cash incentives for the female boxer.

The Davao City Government, in a statement, also congratulated Petecio on her silver medal finish.

"We should look at her victory with pride in our hearts as we should be inspired by her determination and tenacity to win fights not only for herself but also for our country. Her story was a story of greatness, humility, and grace," the City Government said.

Petecio is among the Mindanawons who will arrive home with Olympic medals around their neck. Weightlifter Hidilyn Diaz from Zamboanga is the first Filipino to bring home an Olympic gold medal.

Petecio's fellow boxers, Eumir Marcial and Carlo Paalam, are also assured of bronze in their respective categories. (With PNA)