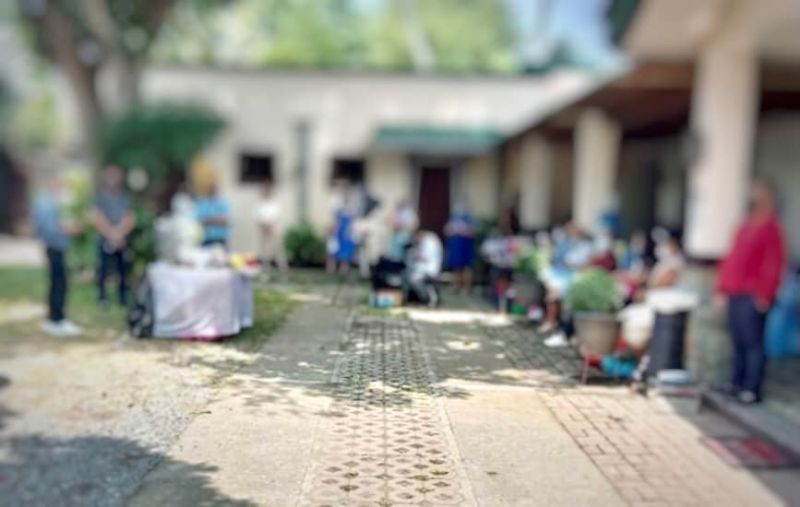 THE Davao City Tourism Operations Office (CTOO) warned that meeting, incentive, convention, and exhibition (Mice) events and other social events are still prohibited while the city is under general community quarantine (GCQ) with heightened restrictions.

This comes after the Davao City Police Office (DCPO) filed charges against 40 individuals who were apprehended in a wedding reception inside a resort by police authorities for violating the city's mandate against social gatherings. These include guests, resort owner, and event organizers.

"It is very unfortunate that the couple had experienced this when all they looked forward is a memorable happy experience of a wedding," Talomo police station commander Major Sean Logronio.

“However, we have to follow what is set by the IATF, by the guideline set by Mayor Sara Duterte. What we are trying to emphasize is you can get married. But you just can't have more than 25 people at your wedding. Anyway, you get the same result at the end of the day. You’re married with less expense and away from getting infected from the virus,” he added.

DCPO Spokesperson Captain Rose Aguilar said in a virtual presser that the respondents were charged with violation of Republic Act 11332, or the Mandatory Reporting of Notifiable Diseases and Health Events of Public Health Concern Act, in relation to Executive Order 12-B, Series of 2021 (Section 7. Prohibition on Mass Gathering), and in relation to Inter-Agency Task Force for the Management of Emerging Infectious Diseases (IATF) Omnibus guidelines, IATF Resolution 127-A, and Department of Trade and Industry (DTI) Memo 21-28, Series 2021.

CTOO head Generose Tecson said social events are strictly prohibited, especially in resorts and restaurants, as these could cause mass gatherings, which is vulnerable to the Covid-19 transmission.

Tecson said they have been hearing complaints from other event organizers that some of their fellow organizers are holding events.

She said their office is aware of the whereabouts and they are just getting the right timing.

Tecson said Mice events were previously allowed in the city, with the maximum capacity of 25 guests in the venue, including the organizers. But they need to secure an acknowledgment letter from their office.

However, this was suspended since June 7, when the city was placed under modified enhanced community quarantine (MECQ).

Despite being under GCQ with heightened restrictions, Tecson said the issuance of acknowledgment letter from their office remains suspended.

With this, she said the organizers did not have the permission to conduct the event.

Tecson also revealed that the organizer has no business permit.

She said the resort was already issued with cease and desist order by the Business Bureau.

Tecson, meanwhile, appealed to the public not to force the conduct of events since organizers and venues will be affected.

"Hindi namin to ginagawa para gipitin kayo, but it's also to prevent the spread of Covid[-19] right now. Most especially since we're facing the threat of the Delta variant," she said.

Meanwhile, Tecson said resorts are currently allowed to operate, but they must secure accreditation from the Department of Tourism.

Church weddings, baptisms, and other religious activities are also permitted but subject to the maximum capacity allotted of the venue. (With reports from Jeepy P. Compio)