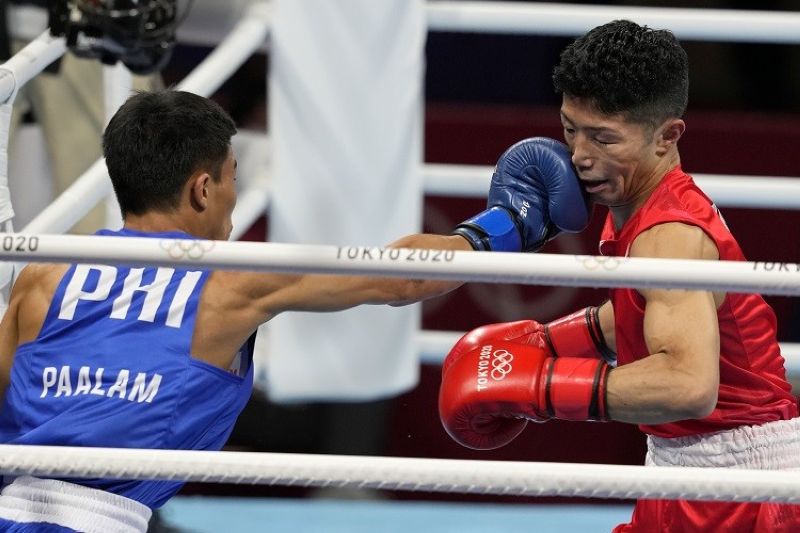 The Bukidnon-native has secured the Philippines its second silver medal in the 2020 Olympics.

The 23-year-old Paalam earlier beat Irish Brendan Irvine in the Round of 32, outclassed Algerian Mohamed Flissi in the Round of 16 and upset defending Olympic flyweight champion Shakhobidin Zoirov via a technical decision in the quarterfinals.

He will now face the winner of the fight between Great Britain’s Galal Yafai and Kazakhstan’s Saken Bibossinov.

The 25-year-old Marcial so far demolished all the opponents placed in front of him in his maiden Olympic campaign. He scored a first round referee’s stoppage over Algerian Younes Nemouchi in the Round of 16. He then knocked out fellow pro pug Arman Darchinyan also in the opening round.

On July 26, 2021, the Philippines got its first-ever gold in the Olympics after Hidilyn Diaz, 30, won the women’s 55-kilogram weightlifting category.

The 2020 Summer Olympics also marks the most medals the Philippines' won since its debut in the sporting event in 1924. (JGS/EKA)